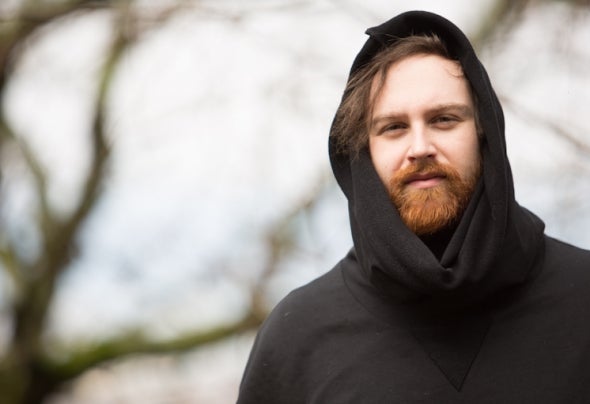 Elia was born in Tuscany in Arezzo, since his early days as a youngster he’s always been collecting cd of every kind of music, from hip-hop to jazz, from classical music to house. At one point during his early days he had the need to start playing guitar together with some friends producing quality music, but as he was discovering “the night life” he soon abandons the idea of a rock band. Having a brother as Dj, has helped him to carve him self as a musician as he was surrounded from equipment and facilities that were able to instigate experimentation, and little by little by playing in private parties he reaches and creates a knowledge of electronic music. This has obviously blossomed, as he becomes a fully and professional Dj at “ Klang Club “ and starts collaborating in many events that were held in town, and at last being heard on international “ web radio’s”. Thanks to all the experiences gathered through out all the gigs he has done all around Italy, his conception of music it’s very vast, as there isn’t a favorite kind of music but only a strong urge to experiment. Sharing his console with the most important artists in the world, his sets are a variety of deep house sounds with Latin tonalities, to the minimal shades of tech house.In June 2011 he founded Unclear Records, a vinyl label that has on his roster artists such: Dj Jus Ed, Fred P, Christopher Rau, Tom Ellis, Rick Wade, MRSK, Johannes Heil & D.Diggler, Jeroen Search, Francisco Allendes and many others.In 2012 he has been nominated on Dj Mag, one of Luciano favorite italian DJ’s.