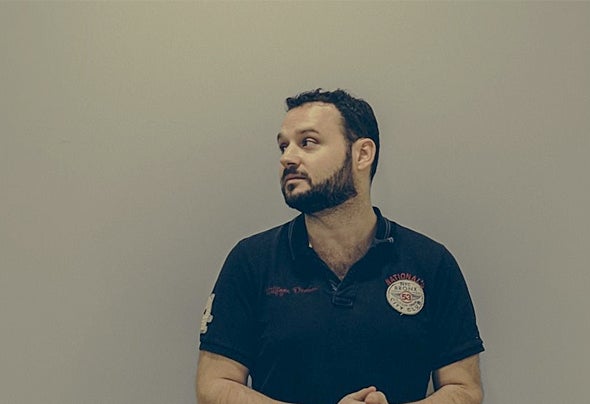 Teenager in the 90’s, Julien has always had a strong club culture. Fascinated by the efficient swing of the House and its melancholic sounds, he naturally started his record collection at the age of 13 and found the right opportunity to acquire his first turntables. He already felt the need to amuse and make his friends dance, discovering the power of groove by regularly gathering his classmates and making them discover his precious finds.He made his first appearances in front of a confirmed public at Studio 287 in Paris, as well as at Folies Pigalles in 2006, where he already well attended during his first afters. Following new artistic desires, Julien then started an adventure in which he was passionated about digital culture by creating a design agency. It took almost 10 years and a new trigger to decide to (re) dive headfirst at the deep end of the pool and give all means to reveal his universe to the greatest number.In 2017, he released a first EP on Jack's House, entitled Trail, which immediately opened the doors to the European House scene. He then shared the lineup with many Parisian artists and played the same year at the Rex Club in Paris, as well as in Geneva, Berlin or on Ibiza Sonica Radio. He was also released on the French label Signatune Records an EP entitled Bip Go Deep.Relying on his lucky star, 2018 starts well with the release of Real Thing, his first vinyl only EP on Blind Vision Records.