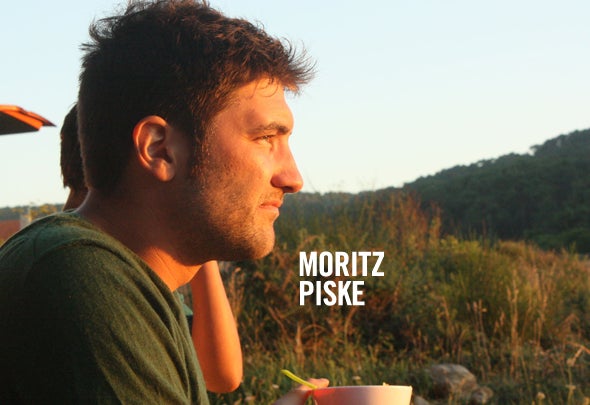 Moritz Piske, producer and DJ, likes it real: His style, a mixture of deep house music with fragments of techno, belongs on the floor. Piske’s current releases include Dirt Cabana (Salon Records) and Real One, a release by Opossum Recordings. A feeling of simple, but deep house music is predominant in his DJ-Sets. The musician’s goal is reached “when the girls hit the floor. They are honest when it comes to good music.” You can convince yourself of the quality of Piske’s music in clubs & festivals around Europe. Piske’s special relation to the stage has developed early on: At the age of seven he learns to play the guitar. Later he plays the lead guitar for various cross over and ska punk bands. He is fascinated by the intransigent and sophisticated sounds of bands like Suicidal Tendencies, Pantera or music from Metallica’s early records. At techno parties in the Rhein-Main region Piske enjoys electronic music and he realizes his challenge to distill the music’s character and imprint his own personality on the beats. Following first sets as a DJ, Piske releases his first 12inch Rohr with Schieber Productions in 2005. This debut not only struck the media’s attention immediately (“Simple but sexy,” Raveline), it also helps him to win nation wide gigs. In 2006, the ambitious musician leaves his provincial hometown, Siegen, and moves to Berlin. There, he kicks off his career with his album Känguru im Clubraum (Opossum) and several other releases and remixes. In the meantime the direct and unyielding sound of his first releases has developed and has become Piske’s hallmark. His DJ sets swing, are challenging and invite his listeners to dance. Dancing, for sure, is the most authentic communication between the DJ and his audience.