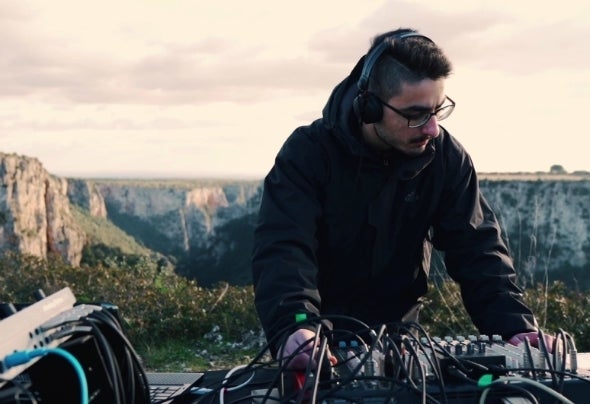 Kill Acid on Space was born in Bari, Italy. He started as a young man to experiment new sounds to use in his productions and in his live sets. His style is dominated by techno music with electronic and ambient contrasts. Between 2013 and 2015 he began to publish his first tracks, both independently and on various labels, in digital format. In 2016 he released his first work on vinyl, followed by many other releases in subsequent years, both in physical and digital format, on labels such as: Circular Limited, Subosc, Absolute Records and many others. In 2018 he began his experiences of dj set around Europe. He played in Prague, at the Reaktor event in Amsterdam invited by DVS1 and in Edinburgh. In the same year he created, with his friends Unclear and Øyvind, the project called "The Alchemical Theory". They published their first works, both in physical and digital format, on relevant labels such as: Annulled Music, Illegal Alien Records and many others. In 2019 they have published their first live set, recorded in a 250m deep canyon, live streaming on the Monument's channels. Subsequently, more and more works were released on important labels with both projects. He is always looking for inspiration and innovative ideas to make his music unique and guarantee the listener a true mental journey.