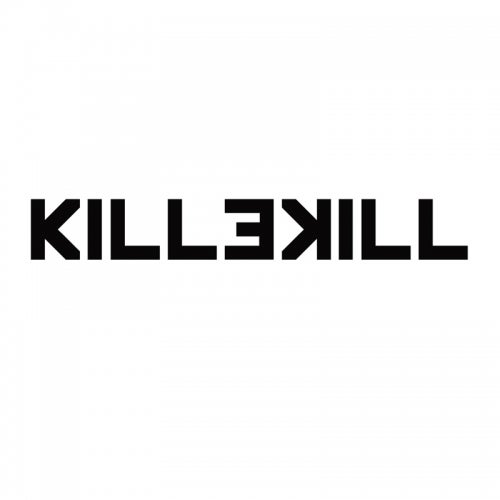 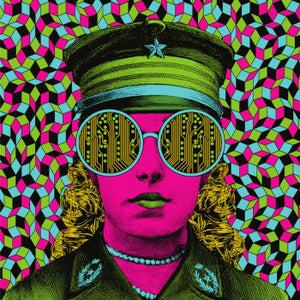 For its tenth anniversary,Killekill decided it is worth to resurrect the main label and bring it back in full effect with another compilation of tracks by ourbeloved family members, favorite artists and bestest friends. Cat. number 020 was never released, and we thought,this celebratory occasion was perfect to fill that gap, so everything is cleared, and we can step into the next decade.
We start off with a track by MMM, the legendary duo consisting of Fiedel and Errorsmith, known for pushing the boundaries with every of their very rare releases. This one is an extremely simple, but effective weapon to destroy all dancefloors with its slightly loutish appeal. Neil Landstrumm got together with Brian Rays and produced a bleeper hit with catchy vocals. We don't know who the lyrics refer to, but they definitely express a punky fuck-off attitude, which we are missing a lot nowadays.

Poison Green on the B-side is an alias of Cassegrain's Alex Tsiridis alias Rhyw, who is also one half of Cassegrain. With "Diamino Butane" he kicks off this new alias, which is meant for the dirtier electro side of his productions, and it's a hit. Flamingo Overlord is a collab between Killekill label boss Nico Deuster alias DJ Flush and Irish DJ and producer Jamie Behan. They also collaborate under the more ghetto house-focused name Cork Bangers, but here, they come up with an electro track of epic quality.

Swarm Intelligence has always been part of the Killekill family in some way. After the release of his fabulous album on Voitax recently, we are happy to finally welcome him on our label with one of the dark techno stompers he is known for. Following this is Dez Williams with "Lord Prophet", undoubtedly, the the hardest track of this compilation - full speed ahead! Full stop after that for The Horrorist with one of his darkest and probably most spooky tracks ever released: The Inferno paints a picture of a twisted, sick love with its haunting melody, moony sound and no beats.

W.H.O.R.E.S is a collab of Killekill boss DJ Flush with one of his personal all-time electronic music heroes Tobias Schmidt. The track was created as part of a rather extended studio session with Cynthia Stern in his studio, which had various outcomes, one of them being this electro track with a haunting melody, catching the dark atmosphere of Berlin's winter. Next is one of our key figures, Alienata in cooperation with Sync 24, one of the realest souls in electronic music and electro in particular. They have produced an electro belter of incredible energy - driving beats, acid bassline, lots of sweeps and fiddles and a voice from outer space.

Merimell is new to us, although she is not new to the scene. Holding up the quality techno level in Estonia, she has released on DJ Haus' UTTU before, and we are more than happy with that dark, thrusting beast of a bassline over funky beats. Watch out for her! Boy-8-bit is not really new to the scene as well. Releases on Boysnoize and Turbo are not on everyone's achievements list, but when he sent us NYX, he was quite new to us. He delivered a fascinating track. It's 100%% acid, but not repeating the old acid scheme at all, it sounds totally fresh and unique. Future acid.

The Mover, well, what shall we say? After the classics remastered last year, he just released "Undetected Act from the Gloom Chamber" on our Boidae imprint. With his sound aesthetics and his independent spirit, he has become an inseparable part of our family, and hence, to this compilation as well. A funky beat, a melody from outer space and his engineering on an unseen level - that's the ingredients for another masterpiece. The last track comes from Tigerhead, a young dj and producer from Berlin, who got in touch a while ago and has become an essential part of our family since then. Her "Epilog" consists of a monumental breakbeat, saturated with dubby chords and crowned with her dreamy voice.