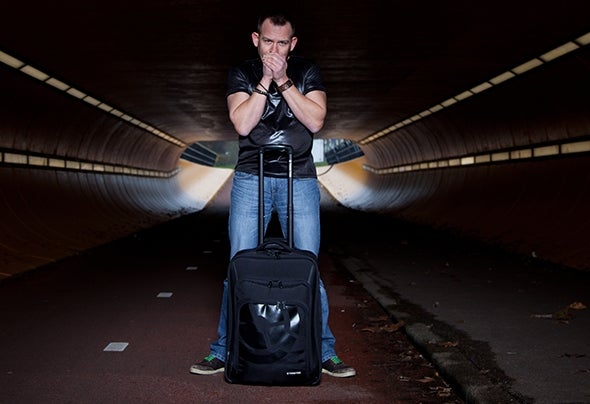 Nova Caza, real name Tim Niewenhuis, developed his interest in music at an early age, like many other DJs he started playing records at school- and birthday-parties. In 1990 he started working for a record company in order to keep work and passion close together. It wasn’t until 1992 that Tim started releasing his own music when his first record came out on the Dance Factory label. T he track was titled ‘Rave The Bass’ and was released as DJ Spinoff, followed by his ‘Bull and a Virgin Project’ release titled ‘Alright Keep On Moving’. Not being satisfied with what he had been doing until then Tim decided to get together with some of his friends and they started organizing ‘The Next Generation Parties’ in De Hoeve in Hoofddorp. During the early 90′s these parties featured a lot of DJ’s that would prove to be very big names, Tim played alongside Stacy Pullen, Marcello, Dimitri, Joost van Bellen and many more. Getting more and more involved in the production side of dance music and being aware of the growing potential of the computer and electronic instruments, he noticed there was a lack of knowledge for the average user. Seeing a big opportunity Tim and his business partner Guss started a specialized shop called ‘Midi Amsterdam’ and for the last 18 years it has been a stable source of the finest equipment and valuable information for many producers and DJs, both established and those just starting out. As old habits die hard, Tim is now getting back into producing music full force.After being a resident DJ at ‘Chanders Residence’ and ‘De Fietznfabriek’ in Haarlem, he’s joined forces with sax player Stanley B as Mr Cazanova feat. Stanley B. Both of them also perform live, combining live sax and DJ sets on stage. Nova Caza is Tim’s solo project. His first release on the XQisit imprint is titled ‘Techtoy‘ and puts him right back where his heart is, blending music and keeping people moving.