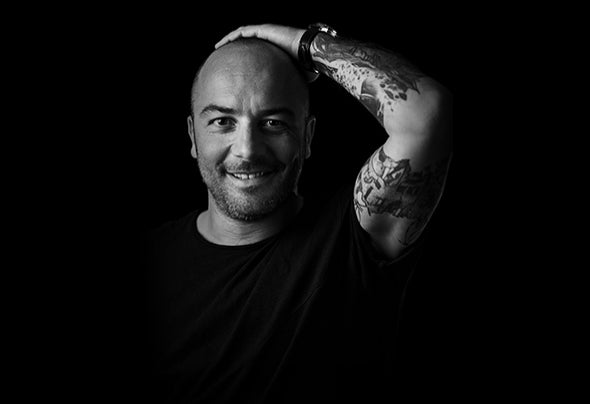 Stefano Vacca, aka Siko was born in Sardinia (IT), in 1980. He began cultivating his deep passion for music at an early age, growing up by the notes of the bands making history in the legendary 80s/90s. Since the early 1990s, Siko, has been passionate about the hip hop street genre, and was immediately fascinated by the art of Djing, falling madly in love with vinyl. In this background, his stage name Dj Siko was born. In '97 he hosted a hip hop music program on a local radio station, and it was at this point that he kept discovering radio station's archives. thus greatly enhancing his musical culture. It was in 2000 that he started playing in the well-known parties around the island, beside the renowned parties branded Harder Times. Some years later, precisely in the summer of 2012, he was invited to play as resident DJ at the console of the Ritual Club in Baja Sardinia, judged by many insiders as one of the most exclusive and special clubs not only in Costa Smeralda but worldwide. His performances have been featured in major clubs on his native island such as: Ritual, Global City, Kilton, Paradise, Blu Star, Wind Breath, K-Lab, Orus, Fbi, Ovest Club, Mood Club, Operá Beach Arena and in several smaller clubs. Beside Sardinia, in and outside Italy, has played in Ibiza (Plastik beach club, Grial); Florence (Blume); Rome (Neo Club); Bergamo (Bolgia); Switzerland (Vanilla Club); Mexico (Blue Parrot, La Mezcalinna, Playa Paraiso Beach Club in Playa del Carmen, Salmon in Guadalajara, La Mexcaleria and Luhme in Tulum). Over the years, he has shared the console with famous artists, such as: Satoshie Tomiie, Miss Kittin, Paul Ritch, Ellen Allien, Ilario Alicante, Joseph Capriati, Waff, Anfisa Letyago, Pirupa, Federico Grazzini, Stefano Noferini, Steve Mantovani, Remo, Supernova, and many others. In 2014, after getting his hands on a sequencer, and together with his friend Rick Sanders, he came out for the first time with his first discographic release, on Smiley Fingers. Afterwards, he continued experimenting with music production releasing on Natura Viva, Beat Theraphy, Klaphouse, Gain and other labels.