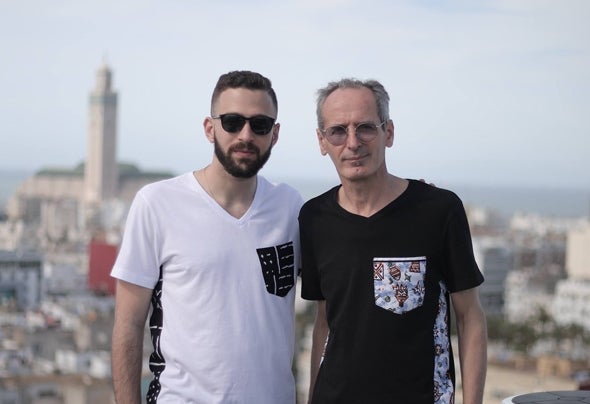 Sound of Mint is a new collaboration between Fadel, DJ/Producer on Get Physical Music, Toolroom Records, Griffintown Records and master percussionist / film music composer Joel Pelligrini, having recorded in his eventful 35-year musical career more than 22 albums. Their new musical concept, they subtly marry electronic music with atypical acoustic & analog instruments, a colorful and rich orchestrated electro-ethnic performance with surprising and bewitching improvisations. With their North African and Sub-Saharan inspirations, ‘’Sound of Mint’’ is a unique moment of pure emotions often leaving their audiences in a state of trance. It is an invitation to dance, to dance with that same feeling a perfectly spiced Moroccan warm mint tea procures. The upcoming musical live performances of Sound of Mint will always be animated by these two brilliant musicians trying to transmit that human warmth with an ancestral African echo in the middle of urban deserts or uncommon places while touring across the globe. Collaborating in 2018 with one of the best Afro-House producers in the world Cee El Assaad on a remix entitled 'Bloom' on the Canadian Griffintown Records that has peaked at #21 on the Traxsource Top 100 Afro-House tracks for months, the duo has just released a colorful 2 track debut EP entitled 'Eternally Mine' on Souq Records w/ remixes from Megablast, Zuma Dionys, Omerar Nanda currently peaking on the Top 100 Electronica /Downtempo Beatport Chart. After an eventful France summer 2019 tour, Sound of Mint is working on their debut album with collaborations with acoustic masters in Africa, Asia, and Europe in the meantime, you can watch their last live performance on a breathtaking rooftop of Casablanca, Morocco - https://bit.ly/2Km3qwt