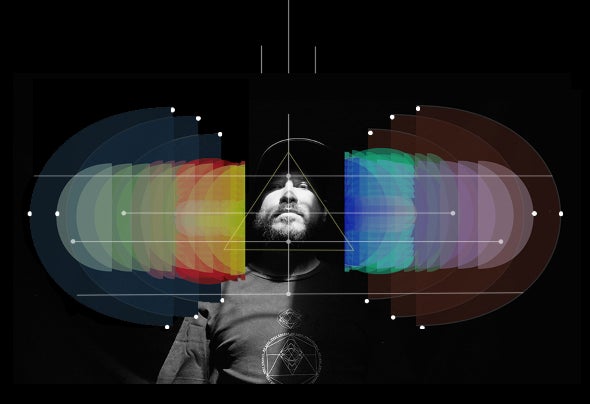 Prismatica its runned by Demian Lara a.k.a Cirqular aka Saeg. This project ́s music has transcended Mexican borders from the beginning, releasing through different labels in many countries such as Baikal Nomads (Russia), Monada (Germany), Shango (Greece) Kosa (India), Zolotaya Orda (Russia), Tropical Twista (Brazil) , New Latam Beats (Chile) in addition to the Mexican labels Plurpura, Frequenseed and Dialtone Tales. he track Invitation collaboration with Leo Palayeng from Uganda reached the 56th place in the Beatport ́s Organic House charts when it was released. In its first stage Prismatica was focused on fusing organic instruments with hot grooves alongside V-LamBeat and many guest musicians, now its exploring a new stage with more electronic sounds not following the main stream tendencies sometimes with John Key Om. Sound and light share the fundamental nature of vibration measured by their frequencies on wave lenght . There is a relationship here and Prismatica is the platform in which this fenomena its being explored.