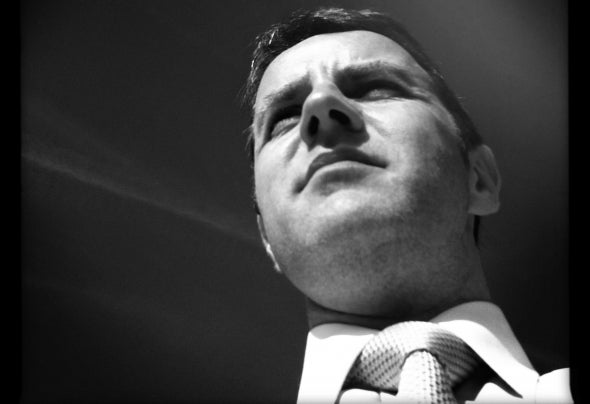 Yello, early (acid) house and mid 80s hip hop were the driving forces behind Enno Jesses initial musical career. Starting with experimental sound spheres on rickety CASIO home keyboards together with Henning Brau (aka RokDaZone) in 1986, the 8bit AMIGA computer, Kawai synthesizers and Yamaha drum machines opened new dimensions for musical endeavors in 1988. With Ennos enthusiasm for unconventional creativity and Hennings admiration for ear-appealing sound programming, the two friends dived deeply into diverse musical directions like Hip Hop, EBM, Tech House, Synthie Pop and Acid House in ever-changing ensembles together with a mass of fellow musicians. It needed a five year break after 1992 for them to reunite in 1997 to form the project "Psycore feat. RokDaZone" which was renamed to "Tiefsee Productions" shortly after. The project which also held its own label specialized on hardtrance and progressive house. In 2000 they decided to stop the cooperation. Together with Ralf Nitz, Enno formed the "Smashin Drumkits" project: A highly experimental mish mash that feverishly melted down to "Waterfall", a track of exceptional stylist free mindedness. Enno, however, also produced numerous progressive house tracks under his own name or together with other musicians. In that period he also started his deejaying career making him a veritable gatecrasher for headlining DJs in the end.