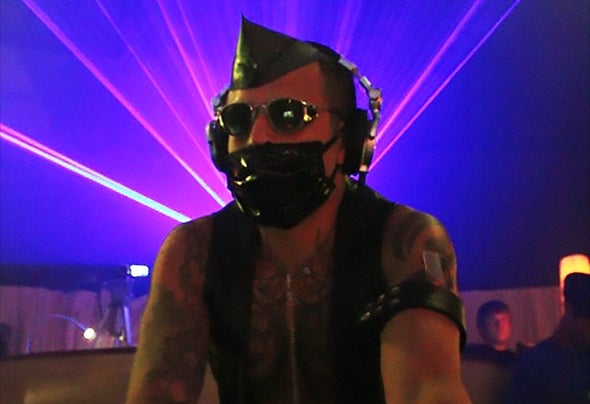 Keoki Franconi was born in El Salvador but moved to Kihei, Maui, when he was 8.[1] After graduating from Kailua High School he moved to the mainland to study at an airline school in California. Franconi enjoyed a brief career with several airline operations in New York, among them the now defunct Trans World Airlines,[2] while also being a busboy at the city's trendy Danceteria club.[1] It was at Danceteria that he got his start: Soon was signed to Moonshine Records and established the alias SUPERSTAR DJ KEOKI as his own title for the world to know. For several years , Keoki teamed up with producer Dave Aude and wrote hit after hit under the moonshine label. After Moonshine retirement from the record industry , Keoki signed a major record deal with Cleopatra , Hypnotic records and released his ELECTRO CLASH collection. With in this label , Keoki met Electronica mega producer Decoding Jesus; both clicked in an instant and started producing music as the dynamic duo we know today as KEOKI vs. DECODING JESUS. Both signed this new project to major dance label Moist Music and released there first full length album "TALKING TO YOUR SELF." Presently , Keoki works with in the indie label of Edgar L. Montiel - let's beat milo records and release his own material , and material for other artist as well! From the words of the bad boy of techno himself, " I AM LEGENDARY!"