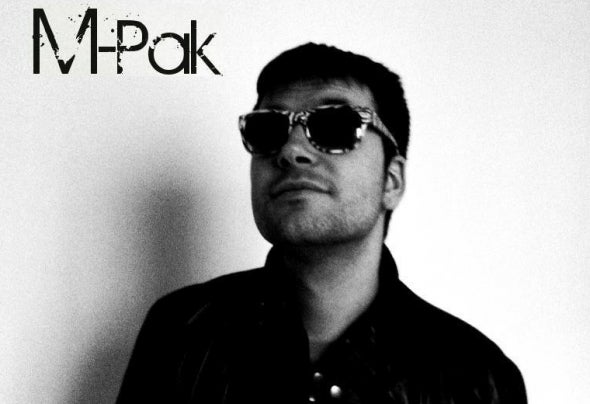 Dj/Producer M-Pak was born in Seville (Andalucian) in 1986, his adventures in the world of electronic music began when he was 14 years old, with various styles such as the breakbeat, un skool and the drum & bass which were the musical style in fashion in his region.When he was 17 he had got his first raves parties and began to connect con public. With 20 years he already began to change and blend styles not with less beats but more mature, playing several dubs of the house such as the progressive, the tech house and others, but he shows more preference for techno. He starts to click on a couple of premises of the area, in the Sala Mandrágora and the room Der Filengende Hollander, also being the Sala korova resident.His outstanding sets by his forcefulness, darkness and agression have been listened on several radio stations in his country, among them Pista de Baile, Estación Miliwatios in Benicarlo (Castellòn) and Cultura de Club with other countries Play FM (Groovebegg) Moscu..Nowadays he has a Project of collective of dj’s named M.O.S. (Members of Sounds) and he works very hard in his productions having already released several references with labels both Spain and the rest of the world. http://soundcloud.com/m_pak http://www.facebook.com/SergioBarrosodeejay https://twitter.com/#!/m__pak http://www.myspace.com/m__pak http://www.residentadvisor.net/profile/mpak