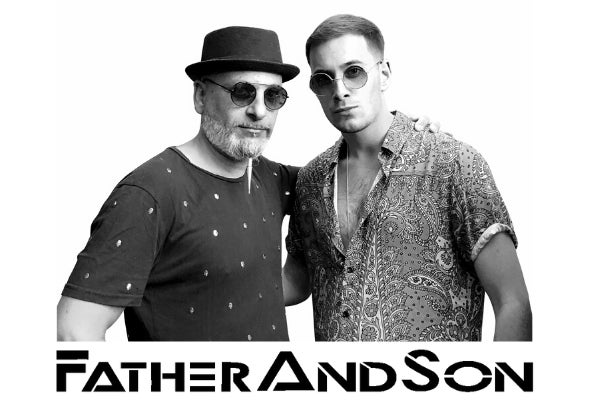 Father And Son are a French band renowned for bringing down clubs and private parties around the world, from Europe to Thailand and specially from Ibiza to France. The literal father and son pair are DJs and producers ,DJ Snakeman and Andy Cly, with over 15 years experience in Electronic music and its scene. The father, DJ Snakeman has grown his reputation grew from DJing around Ibiza's super clubs and private parties, playing alongside The Martinez brothers and in particular at the world's biggest club, Privilege Ibiza. He has increasingly made his mark on the international scene, with his own radio show on both Ibiza global radio and Sonica Ibiza. DJ Snakeman really stepped into the music scene in 2007, when he released his first vinyl. Since then, the DJ and producer has continued to produce House and Tech House music which he has made available on Beatport and released on various Ibiza compilations. Andy Cly, the son, was brought up on house music from the 90s, cradled by the accompanying festive atmosphere of the island of Ibiza where he landed at only 2 weeks old. His rapid turn onto the DJ scene is therefore unsurprising, from promoting his own party in the club in his late teens to getting his DJ residency. The unique duo is often described as "harmony dj set". This unusual pairing allowed them to catch the attention of a great number of music lovers from different generations and various musical preferences in the Dance / House / underground scenes. The recognition of the pair's professionalism as DJs and producers is only surpassed by their dedication to their craft. For them, the passion is to connect people's feelings to the right music to help them express themselves on the dance floor, whatever their generation.