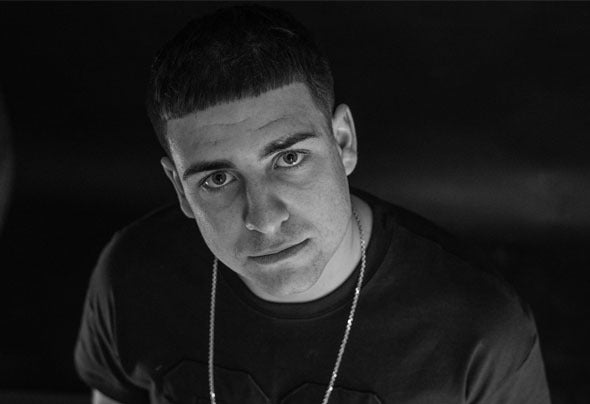 Real success doesn’t happen overnight; behind the scenes you’ll hear stories that involve years and years of hard work, determination and the ambition of chasing a dream. Kodewerk is one of the music scene’s true grafters – carving a path for himself through an unforgiving industry, he’s spent the last decade immersing himself in dance music, honing his craft with the kind of hands-on shop floor experience that money can’t buy. Laying the groundwork for a future that will see him share the booth with people like Latmun, Disciples and Josh Butler, Georgie’s first foray into the world of dance music was as promoter, throwing his first event at just 17. Making a name for himself as an expert behind the scenes, it wasn’t long before the passion led to the inevitable first set of decks, purchased off long-time friend Apollo 84. Continuing to throw parties in his hometown of Clacton as well as in Ibiza during several seasons on the island, Kodewerk pka Georgie Marshall quickly became a name associated with professionalism and the gigs started lining up. In what he would describe as a “surreal moment”, ticking the terrace at EGG LDN off his bucket list was a pivotal moment in his DJ career, with Ministry of Sound, Studio 338, Sankeys Ibiza, Eden and Es Paradis quickly following and all seeing Kodewerk deliver his inimitable brand of tech-leaning house music to discerning crowds. These where the line-ups that have seen him play alongside some of the scene’s greats: Wade, Detlef, Leftwing & Kody, Booka Shade and Max Chapman. It was a chance meeting with Max Chapman when he moved into the studio next door that spawned the idea of Swing Sundays – the pair’s latest and hugely successful hometown party project that will see them road trip the growing brand and takeover the iconic main room at London’s Fabric in August 2018. Booking Davide Squillace for their Fabric debut, the year-old brand has quickly gained a loyal following in Essex where Kodewerk has helped bring names like Gorgon City, CamelPhat and Solardo to the kind of intimate venues that you rarely see DJs of this calibre playing.