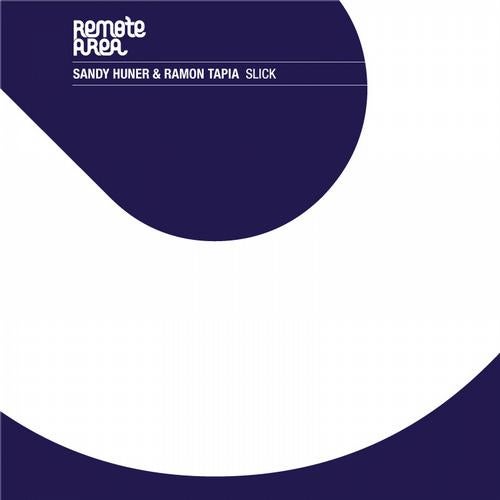 For our 38th release on Remote Area we welcome back SANDY HUNER and RAMON TAPIA.

SANDY HUNER has been pioneering tech house and house sounds since the early 90's. He co-founded Amsterdam imprint 100%% Pure in 1993 and now manages three labels. His addiction for the studio has led him to produce world class club tunes including Rare Tap with 2000 and One. Following its release he finally succumbed to the club demands for him to DJ.

RAMON TAPIA, son of a Chilean musician, his father's music was provocative enough to enrage the military government of his home country, resulting in the whole family having to move to Europe. Now Belgium based Ramon has been creating a similar stir with his own productions and DJ sets, only this time the labels and booking requests have been running to him.

One year after their first collaboration CHI-TOWN, SANDY HUNER and RAMON TAPIA release their second EP with an infectious tech house sound.

SLICK: Floating melodies, housey vocals and quirky percussions mesh together into an harmonious track. The occasional break with an atmospheric feel gives the club crowd a breather, until the slick beat drops back in and the booties on the dance floor start shaking it.

Coyu: Slick is sick. Great tune! Will play it for sure.

Olderic: Slick is Killer... Support for the ep..

Monika Kruse: ramon is one of my favourite producers! good job both!