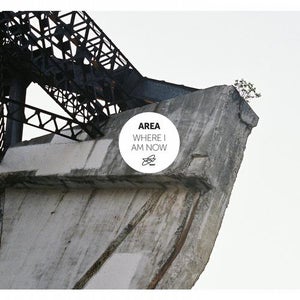 Where I Am Now

Chicagos Area delivers his debut LP for Francois K's Wave Music imprint this Spring with "Where I Am Now" -- 12 electronic excursions into the shadowy producer's playground of infused electronica. Area is otherwise known as m50, a DJ who has ploughed the electronic music furrow tirelessly on Chicago's WNUR station as well as across the globe at the sort of gigs you wished you went to but probably didn't. His productions as Area have graced an enviable roster of imprints including Ethereal Sound, Steadfast, Wave Music and his self-distributed Kimochi imprint in the past few years and he's established himself as somewhat of a producer's producer being name checked/included in many an interview and podcast by the great and the good (Brendon Moeller, Roman Fluegel, Sei A, Anton Zap to name just a few). Kicking off his career as Area in 2004 with a background in piano, percussion and improvisational music (as well as DJing), live PAs provided a fertile proving ground for the fledgling producer. Various online output trickled out of the Area studio until a remix of Steve Poindexters Maniac (commissioned by Jamal Moss) proudly introduced Area into the physical realm in 2006. While Areas discography may nod at dub aesthetics, his music in general and "Where I Am Now" specifically, is only marginally touched by dub. Brittle, fractured melodies run throughout the twelve tracks on "Where I Am Now" and while dubbed elements more than play their part it's the melodies, the way they're manipulated and the ever-changing rhythms that define the long player. As the skittering, broken funk of opening cut Celicos leads into the juddering time signatures of Skyline Face Sillohette it's apparent that "Where I Am Now" is an immersive yet continually surprising affair. Muscular, dominating melodies (Slow Death Ghetto) sit as comfortably as the ethereal (Moving Away) while textures, tones and tempos are equally diverse yet cohesive throughout. All in all, "Where I Am Now" is an LP that sums up an artist who focuses not on genre but on feeling.