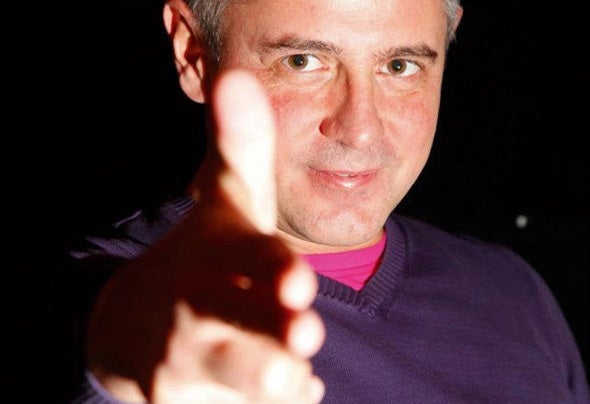 Roberto Carbonero very well knows the origins of house music: he started playing it in 1989, with Clinica Group from Novara, immediately showing the refinement of his musical choices, an accurate mixture of house, garage and underground He has been playing in the most well known clubs in Italy and in France, with a constant presence at Palais du Pop in Paris. In 1994 he was the first resident dj of Colazione da Tiffany, the travelling One Night that made people crazy all over Italy. Many other one nights have seen Carbonero as a protagonist, from Pussy Cat, to Dadarà, Cream, The Base, Paragon and Les Folies du Plaisir. Roberto Carbonero was also dj resident of Syncopate, the most famous after hour of the ‘90, and played for many other after hours, like Love After Tour, Barbie Garden, Il Gatto e la Volpe, Circus, Limbo, Alarm 97, 144, Exogroove, Extreme. He was resident dj in many clubs, like Mazoom (Sirmione – BS), Alter Ego (Verona), Maneggio (Romagnano Sesia – NO), Aida (Jesolo – VE), Magicon (Bibione – PN), UB (Milano) and played in many other like Ecu (Rimini), Crossover (Torino), Café Atlantique (Milano), La Capannina (Alassio – IM), Peter Pan (Riccione), Old Fashion (Milano), Guendalina (Lecce), Metropolis (Roma), Le Cinema (Milano), Illiria (Bergamo), Nord Est (Vicenza), Manhattan (Treviso), Alibi (PC)... In 1994, in collaboration with Marcello Salerno, he established Blue Soul Recording, independent label that produced many of his projects, amongst them “It’s my life feat. Miss Dwiggy” e “T.T.R. feat. G. Brew”. During the same year he signed a contract with Edizioni Carosello in Milano, that gave life to the label Groovy Beat and to successes like “Pit Coal”, “Deadpan feat. Rakele” and “The Subtile Project” with the remix of “Working Happily” and “Namby Pamby”. In 1996 he signed a contract with UMM, that generated hits like “Saxation”, “U.S.E”, “Dangerous Society”, “Bad Boy” and several remixes. During the same year he produced, in collaboration with Strenght Records, “The Whims feat. Miss Dwiggy- You are the one for me”, “Brooklyn Style” and ”It’s time to shine” In 1998, in collaboration with Alberto Rorido and Reshape Record, he established the label The Base Records. This is the same year of the birth of Base Boys, alias Roberto Carbonero, Stefano Albanese and Jerry K, and of the projects “The Base EP”, “The Base EP Vol.2”, “Metamorphic Allegory” and “Chloe”. With the same label, in 2001 he produced the famous maxi- single “Roberto Carbonero feat. Vicky”. Since 2003 to 2008 he totally dedicated himself to musical productions, limiting his performances as dj to few selected occasions. His tracks born during these years are more than 50 and many of them have become famous hits, played and remixed by the most famous djs worldwide. It is from the beginning of 2009 that Roberto Carbonero restarted his activity as dj, playing in the most important Italian one-nights. Since 2010 Roberto Carbonero produces his music also under the name Lovework and many tracks, once more, have quickly become hits.