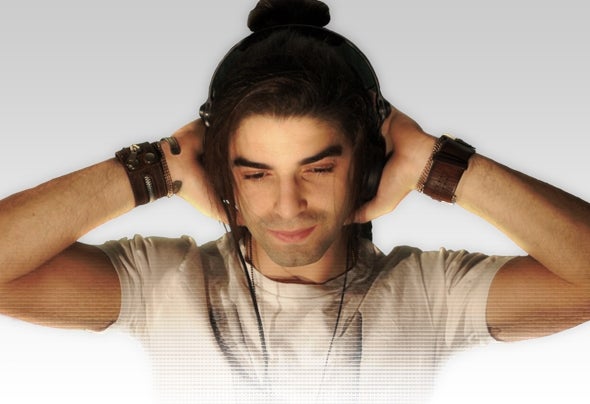 Since he was a little kid he was like a "musical phenomena".He was constantly being kicked out of classes at school for drumming on tables, chairs, basically anything and started learning professional drumming at the age of 9.At the age of 16, after reaching the 2nd place out of 350 dj's in a DJ competition that held by Israel's No. 1 radio station, Maly joined the radio team. As time went by he had an important choice to make – be an astronaut at NASA or host a weekly 2 hours radio show made from 100% pure hardstyle. The choice was difficult to make but because his fear of heights he chose the second option. This turned out to be a great success.After 4 years at the radio, he decided that he should make a big move - he locked himself in a studio for three long years until he was satisfied with his material and decided to release his stuff, Blutonium Records (DE) and Derailed Traxx (NL) sensed the talent hidden inside Maly and signed him immediately. His first release was "This Is Our Life / Only Human" which was a kickass breakout that got a lot of support by many worldwide famous DJ's.On 2010, he signed with one of the best booking agencies the "Most Wanted DJ", that spreads the word and the worldwide bookings started to come and boost the energy.Maly is the pioneer for Hardstyle in Israel and he is growing big faster than you can even imagine, his energy and skills on stage boosted his way up, after rocking every club and festival in Israel we know for sure that his show is the best show in town.