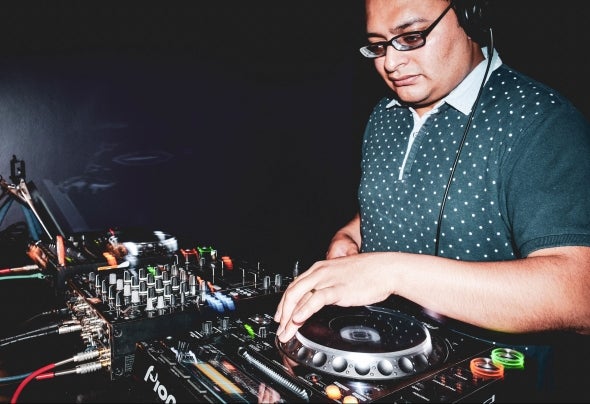 Born in Mexico City, MarioMoS found his love for music from his early years, playing as a children's game the CASIO keyboard that his dad bought. Influenced by different types of music from the classic rock of The Beatles and progressive rock to Latin American folklore.His taste for electronic music was born when he listened to the compilations on cassette "DANCE CLUB" of the 90's, but it is not until the year 2000 that he discovers the trance music when he heard from a friend the album "Out There And Back" by Paul van Dyk, There begins an exploration in the undertground period of the trance and progressive and it is not until 2015 that begins to explore the production of electronic music with FL Studio software, that year he signs his first single on the Turkish label, Ternary Recordings , for 3 years he focused on the Uplifiting Trance style winning in 2016, with his track "Resurge [Aurora Melodies]", the FAN FAVORITE of the Uplifitng Only radio show of the Abora Recordings label.At the end of 2017 it takes a turn changing his style from uplifting trance to progressive house which leads him to sign on recognized labels of this genre; so far in 2018 he has positioned himself 4 times with different releases in Beatport's TOP 100.Signed in Emergent Shores, Pineapple Digital, Midnight Coast, Synth Connection, Soluna Music, Inception Music, Sunstate Records, Progressive House Worldwide and many more.