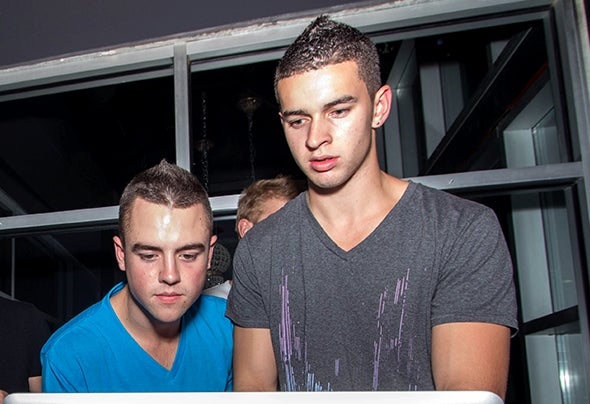 British Columbia serves home to two nineteen year olds; an inspiring, trance-influenced electro house duo, known by the world as GlideForm. Made up of melodic dubstep producer, Harris McDonald, and trance-mega, Devin Belanger, the duo began producing in late 2011, with a dream for the world to hear their music around the world. Over 2 years later, still strong, GlideForm has just begun the streak of things to come. In late 2012, GlideForm received a deal with Soviet Recordings for their tracks, “Lights Go Out” & “Cancun”. Few months down the road, they would also receive a deal from Big Finale Recordings for their track, “Reborn”; however, things would only just begin to change soon.In mid-2013, Ordinance Records found GlideForm, and the rest would be glorious from there. GlideForm would suit up with their release, “Fake ID”, alongside Vancouver brother, Aesthetik. This release gained support from Big Fish’s Ryan Enzed & more. Shortly hereafter, GlideForm would be picked up on Finale Management, the new booking & management agency from Atlanta, Georgia & Philadelphia, Pennsylvania, soaring bookings and deals for GlideForm, and Harris & Devin individually for the rest of their future. What’s expected for GlideForm in the upcoming months? New kickass releases, amazing shows, & so much more. Keep on the look out!