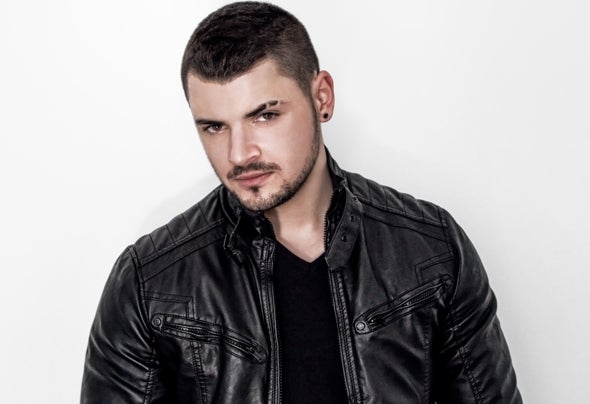 Responsible for still uncounted remixes and original tracks - plus working with artists all over the world - young and talented music producer and dj from Romania - HY2ROGEN - prides himself with a music career starting ever since he was a little boy, stimulated by his parents’ love for music. Even though the access to all sorts of studio equipment was granted even back in the days, he didn’t actually got his hands on producing until around the age of 12 when he received his first personal computer.From that moment on everything was a continuous evolution and consolidation of his skills and talent regarding music.Starting 2007 he started grabbing attention through his remixes and productions. He has gotten releases featuring originals and remixes for a lot of mainstream artists out on labels like Spinnin', Ministry of Sound, Plasmapool, Baroque, Defected, Ultra, Size, Starlight and many others.The year 2008 brought the launch of his very own record label “Hy2rogen Music” - a new headquarter meant to control the release dates and revenues of his music.HY2ROGEN is also responsible for Hy2rogen Samples, Micro Pressure and Pressure Samples.These 3 labels are guilty of releasing some of the best and current sounding sample packs and soundsets, providing inspiration for worldwide producers. They are a part of the 'HY2ROGEN MUSIC GROUP' and are being exclusively released by Beatport/SoundsToSample.Though most of his fans or fellow EDM producers would tag his tracks as electro, progressive and tech house, HY2ROGEN willalways find himself comfortable by experimenting with other genres and innovating new sounds.Keep your ears sharp for this guy in the following year!