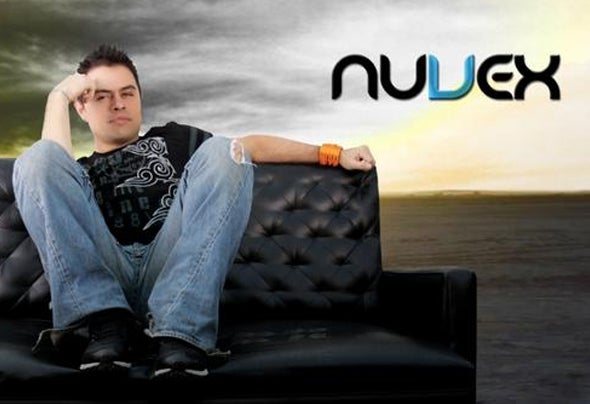 Born in Mexico City and established in Miami, Florida, and traveling between them, Nuvex became one of the biggest dance music promises of Mexico, being the first one to become a resident dj in such important clubs like Mansion, Prive, & Opium Garden from Miami.Based on his groovy sets with a solid variety, melody, music selection, intensity, and his dj sets alike ‘stories to tell’, Nuvex has become one of the most notorius upcoming dj/producers from the Latin/Mexican scene.From really early teenage years as a musician, Nuvex joined and created several electronic bands and projects of dance music and rock fusion. His passion and love for electronic music and melody made him attend Music College on his home town, and start as a dj on a local radio station, promoting local and international talent combined with his own music projects performing and touring in Mexico. It wasn't too much time after when Nuvex as dj & producer found himself in his own musical philosophy: creating and remixing tracks that preserve and experiment different textures, melodies, tempos, moods both friendly and darky grooves for the dance floor.Soon Nuvex found many opportunities for performance all over Mexico including Mexico City, Cancun, Acapulco, Monterrey, Huatulco, of course Miami (several WMC's), Las vegas (including a debut on that old VMC next to Eric Morillo), New York City, Los Angeles, Tampa, New Orleans, Chicago, San Francisco, Orlando, Austin, Dallas, San Juan, Toronto, Guatemala, Panama and many more. With his particular choice for Progressive House, Tech House, Techno , Electro & Deep, any type of music that has great melody and beat will always be part of his sets, which definitely has beginning to give him a growing up respect from other world re-known dj's and musicians as well.As producer Nuvex has got consistent good feedback for his solid production, songwriting and remixes for many world artists & producers, allowing his remixes and work to be in labels like Spinnin', Blanco y Negro, Sony Music UK, Hi-Bias, Lowbit, South American Group, PoolEMusic, Indigo, UC, Sweet Cherry among many others. Solid tracks and Timeless melodies made him fund Four Peas Recordings, a solid, versatile & strong Indie Dance label that has got featured in many spots for their releases and consistent good tracks from established artists and up-coming underground talent. Several charting tracks on Beatport and a Top #1 in Beatport. Nuvex is certainly a dj/producer to watch closely.