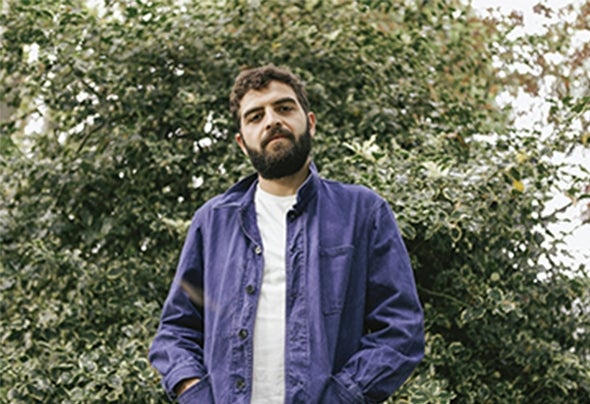 Haring’s universe seems boundless. This is because the Belgian producer’s stateless electro took shape in a cross-border town with a family tree rooted in Oran. Released via Soundcloud, Haring’s first tracks weave connections between electronic matter and organic substances. In 2014, Yann Attia writes a track called ‘Us’. It carries a powerful emotional charge, a fascinating feel leaving no one indifferent and the track wins the favors of music-lovers and sells beyond any expectation. In 2015, he releases four new tracks in an EP entitled ‘Late Night Dream’. At the end of the night, the producer fantasises about other horizons and dreams of new places. This is how he leaves Brussels and settles his machines in Istanbul. On the banks of the Black Sea, he tinkers the bewitching melody of ‘Bozkurt Cad.'. A direct reference to his new address and to the neighbouring shops, this track vibrates to the rhythm of the Bosphorus and its nocturnal life. An electronic dreamy stroll, ‘Bozkurt Cad.’ opens the way to a first album, a marathon-like and itinerant effort. An appeasing but always danceable journey, ‘In Spaces’ slips minimal techno into cotton wool and gets house to bounce of mellifluous and atmospheric waves. Body and soul of the City Tracks label, the DJ and producer will release his second album in spring 2020.