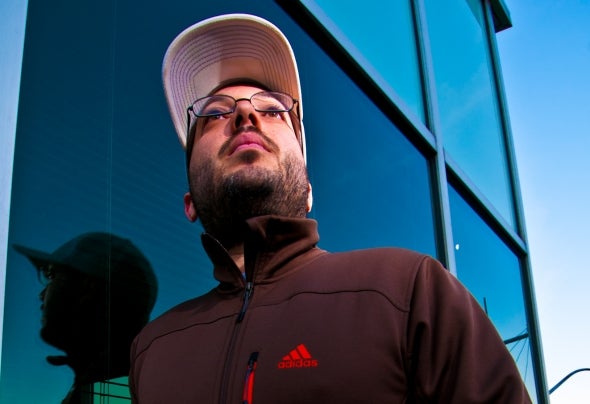 Where are you from?I am currently living in Seattle, WA but I was born and raised in Florida.How did you start DJing?I started DJing at a friends house for fun sometimes after high school. But my fascination really started when I was around 10 or 12. My father threw parties when I was growing up and would DJ on his dual cassette player. Seeing him going tape to tape and how much fun everyone was having when he played certain songs really fascinated me and made me start to pay more attention to music. When I first started DJing, I found that it gave me an opportunity to express myself musically without boundaries. I started listening and rediscovering music in a new way and became very passionate about the art. I studied other djs, always watching how they mixed and how the crowd reacted to them. Eventually I started doing nights locally and it's been fun ever since.Who are your influences?Being that my parents are foreigners, I was brought up listening to many different styles of music, anything from Calypso to old americana/folk music was played on daily basis in the house. But as far as people go, I would have to say Peter Tosh, Jon Lennon, Ray Charles, Johnny Cash, Byron Lee, Junior Murvin, The Temptations, the Smiths, Pixies, David Bryne and Michael Jackson have all influenced me in one way or another.As far as influences in the scene I would have to say DJ Three, Jeno, Terry Fancis, Doc Martin and maybe a few more.What genre of music do you play and what is your DJ style? Well I say that I play house but others say I mostly play deep house. I like all styles of house and get bored if I play in one style to long. It's my belief that DJing is like telling a story; you must take your listeners on a journey that evokes emotion all the way to the end. No one enjoys listening to the same sound over and over again so I try to leave an impression every time I play a gig. I like to read the crowd and try to figure out what's going to make them dance and enjoy my set. I never plan my sets before I play. I like to get to a venue early and listen to what others are playing and see how the crowd responds because it helps me narrow down what style the crowd will like the most. In the end its about making people dance and have fun.What are you up to lately?A lot actually. I am currently in the process of restarting a label that was one of my favorite's when I first got into the house scene. I am the new A&R for Viva! Recordings and, along with my partner Jon Lemmon, are planning some good stuff for the coming year.Also working on remix projects for a few other labels and getting ready to start my first album, so Im keeping myself busy.