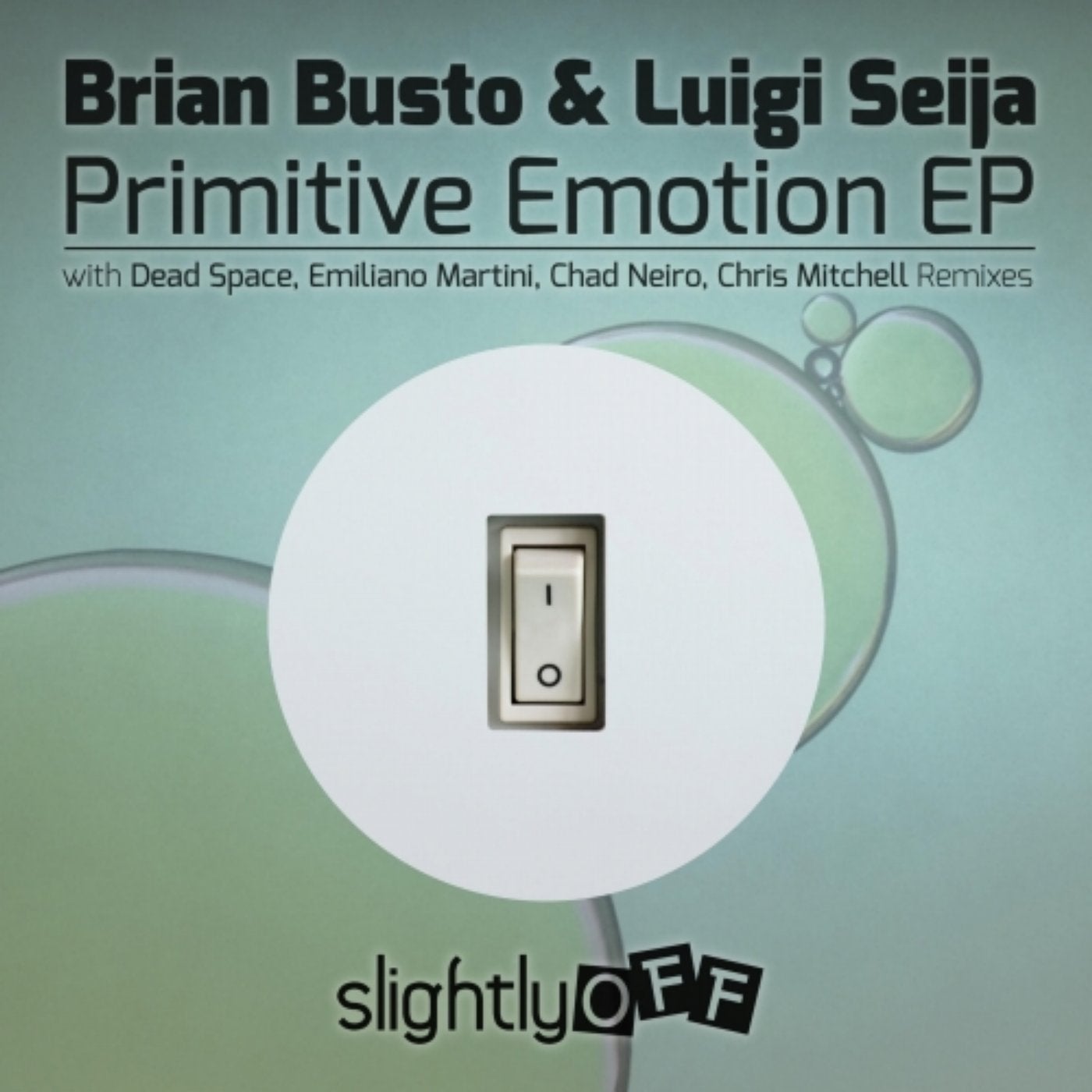 Slightly Off is pleased to present their newest single, "Primitive Emotion," pulling from mostly fresh, Florida squeezed talent. Teaming up for the release, Brian Busto and Luigi Seija are synonymous with Tampa's underground, a city also known for artists like Three and Oona Dahl. Currently carrying the torch, Busto's Serious Soul parties provide fertile grounds for artists breaking different sounds. "Primitive Emotion" is no exception. Starting with tribal chants and drums, the track builds from its percussive base into a more sinister, tech-infused number before finally unleashing its twisted, full-bodied bass. This hybrid sound hits hard in its take no prisoners approach.

First up on remixing duties is Steven Brantley, known to the world as Dead Space. Brantley turns out a runaway tech house stormer made to create a frenzy on the dancefloor, fitting with his Toolroom/Glasgow Underground affiliations.

Tampa's Chris Mitchell, known for his Vanguard Sound /Anunnaki Cartel label delivers a remix with his signature sound. The drums pound away with a primal urgency, moving the listener through a dark and disorienting maze that never quite turns any corners, but consistently evolves in its place.

With an array of distinct sounds coursing throughout each different take on "Primitive Emotions," Slightly Off once again lives up to its name Distributed By Symphonic Distribution - www.symphonicdistribution.com