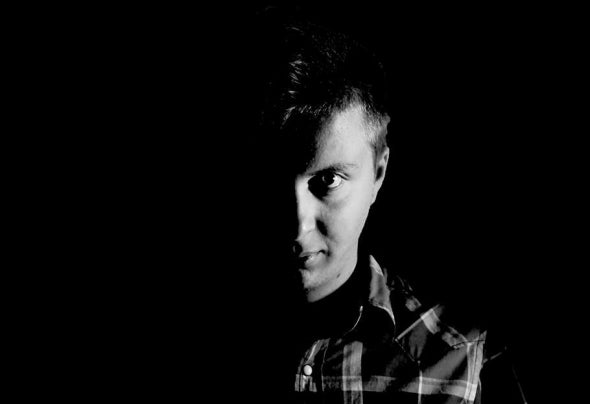 Francesco Gentile, aka Gefra, was born 18 years ago in San Giovanni Rotondo, a small town of Gargano, and with him his great passion for music. Even as a child, looking the local band, he expressed the desire to play. And so happened.When he was 7, he began the solfeggio and at the same time he began to play the trumpet and then the study of classical music. Some years later he was forced to stop playing the trumpet. Then he began to listen various musical genre, from Hip Hop to Pop, from Dance to classical House, etc.As hobby he began to watch the live sets of the greatest Djs and to passionate to this new kind of art. He put into practice what he had learned during a party with a DJ-console and the software Virtual Dj.At the same time getting fresh information about new techniques, products and musical genres. He would have wanted to play in some discos but it wasn't possible. 2011 was the turning-point of his career. For the first time he touched his first CDJ 400, equipments of a certain value.In his bedroom he learned the mixing techniques and to sharpen his ears. Hours and hours spent to discover the audio sequencer. Then he began to record Mash-ups and had a moderate success with the Mash-up "Zoe Badwi - Freefallin vs Edward Axo - Memories [Gefra remix] " that Gigi De Martino, one of the most valued Dj&producer by Gefra, liked a lot. In August it was released his first inedited track "El Vargas Perù" on Italica Records in honor of Mario Vargas, Nobel Prize for Literature. He invested all his money earned during the summer work in TRAKTOR, MIXER,AUDIO SHEET, X1 and MONOHEADPHONE. He bagan to do mess and he received respect and sympathy of the local Djs. He started with an Open Set at the Mistral Fashion Club. He's resident Dj of the school parties (with his friend/partner Accussì Dj he forms the Tech Brothers) and of the events organized by the Winter Enjoyer (private parties), a group formed by 3 friends of him that supported him. He produced an inedited track, titled "Yeah", genre from which he doesn't feel expressed. He had a moderate success and he's now supported by great Djs like: Get Far, Djs from Mars, ecc. The event that gratified him a lot was the transmission of his music by the radio station M2o in the Provenzano Dj's programm "Provenzano Dj show" in the section "Dropbox" with Manuela Doriani. For people that don't know Gefra, he hasn't got any favourite genre. The only certain thing is that he dislikes commercial music, but loves a music that will remain in the mind of people that hears it. As the good things that last long. Who knows, maybe a day we'll see Gefra resident Dj in a great disco, where people enjoy themselves with his music. Maybe this will happen founding his own record label. Meanwhile he and his partner are working to a new project with date to define.