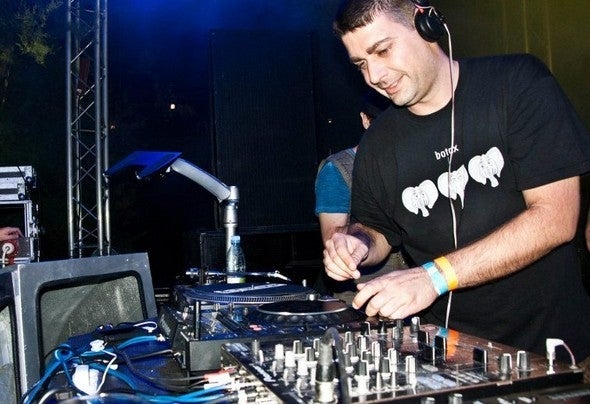 The beginning of Silvio’s DJ career was in 1997, and soon his talent for music and communication with the audience have been recognized by Pero Fullhouse, the biggest Techno promoter in Croatia at that time. Delighted by his original view on electronic music, he recruits him as one of the headliners for the Omegaritam project – the leading Techno DJ group in Dalmatia.After that Silvio’s career warped and he quickly became constant performer on Dalmatian scene, favorite of many party goers.During the next few years he performed with many worldwide famous artists, such as;Carl Cox, Jeff Mills, Stacey Pullen, Laurent Garnier, Mr. C, Craig Walsh, Plastikman, Marco Carola, Westbam, Bryan Zentz, C1 ...Very dance floor oriented sets with a wide range of music from tech-house to funky techno infused with dominant bass lines, a good feeling for the dance floor and interesting mixing techniques are only some elements of his performance.In 2004 he froze all of his activities on the scene, and re- activated in 2011.Together with his wife, Izabela, he starts music production, and their first vinyl release was in 2005, signed for Omegaritam Records.Release was called “Natural Selection”, and apart from them the release featured Markus Stork, Aztec and Alenia.In 2012 Silvio & Izabela started music production again, and so far they have releases on All Over It Records UK, Decoded Mini Records, New Era Recordings, Bronzai Records, Sempai Music,Klinik Louunge,Music Records ... and many more!