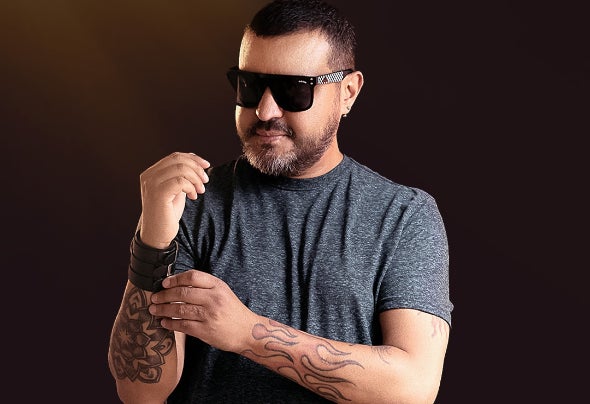 EDSON B The radio waves brought Edson B's first contacts with electronic music in the 80's, when he still lived in São Paulo. The next and natural step was to start playing garage parties for friends. In this way, he debuted in command of the pick-ups in 1989. Since then, he has been building a career that took him to several cities around the country, where he shared the stage with great national and international DJs. Edson B brings his research and daily experience with music to the dancefloor. In your sets we can have Deep House, Tech House and even Techno, always showing in the presentations a lot of joy and animation. Currently, in addition to being a DJ, he is also a music producer, having tracks released on several labels and since mid-2019 he has launched his own, Volare Records, which is present on the main digital platforms bringing several releases. For 8 years he was an instructor of DJ and Music Production courses at one of the most prestigious schools in Latin America, Yellow DJ Academy. Today he dedicates himself to giving private lessons at his own school, the Volare DJ School. In 2018, he started a live sets transmission project, with several guests each week, the “Streaming Room”, which since the beginning is having excellent results and collaborating with the electronic scene. Edson B is a constant attraction in some of the biggest clubs and festivals in Brazil, having memorable passages for: Tribaltech, Playground, Club Vibe, Danghai Club, Park Art (PR), A Lôca (SP), Lov.e (SP), Susi in Transe (SP), Bubu (SP), Nite Club (Maringá), Beats (Campo Largo-PR), Lique (Ctba), Yankee (Ctba), Taj (Ctba), Stereo Pub (Ctba), Café Curaçao (Guaratuba -PR), among many others.