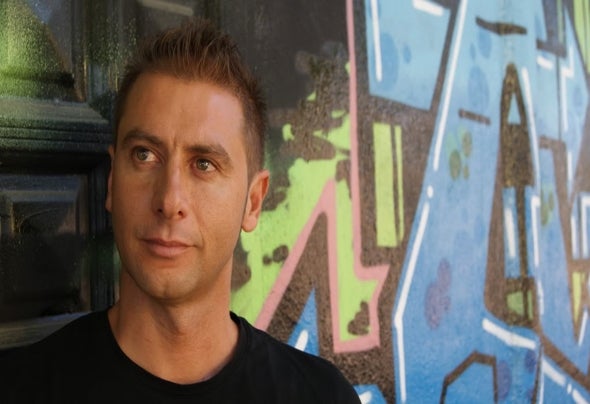 DJ, Producer and founder of Sempai Music (www.sempaimusic.com). Born in Madrid he has been in touch with music since the end of 80s working as dj and radio speaker in a radio station situated in the south of Madrid where he mixed black music (Funky, R&B, Rap, and Disco). In the early 90s he began to be interested in electronics sounds, played by groups as Front 242, Orbital, Nitzer Ebb, Kraftwerk, Depeche Mode, Prodigy, Aphex Twin, The Chemical Brothers, The Crystal Method, Underworld, etc, and also in techno music that was born in Detroit and it was starting to be listened in Europe. He started to hold some parties and to mixed in some little clubs in the south of Madrid. He was involved in everything related to the broadcasting or the dance music promotion. He has been working in the most of clubs located in Madrid in 90s (Attica, Space of Sound, Epsylon, Now, Radical, Consulado, Friends, etc …).He has the ability to use in his productions and also in his sessions from the deep music with more groove to the darkest tech house music. His sessions are really funny and plenty of groove in that it he included percussionist and alive music. Marcos Valiente, is the latest talent of the spanish electronic music scene.