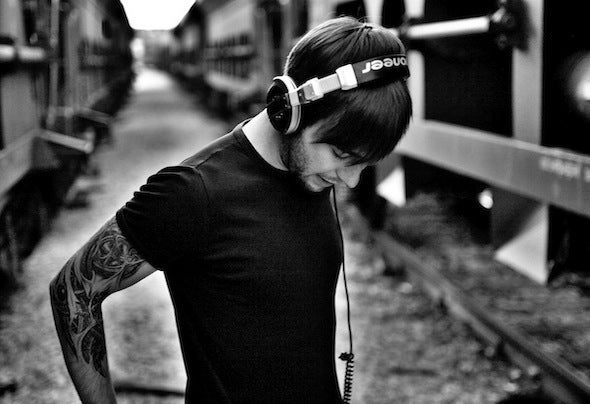 His first connection with electronic music was back in his childhood. A great love was born. At the age of 16 he bought his first pair of decks and decided to start professional career on electronic scene. First he played strictly house and tech- house thru local clubs.In 2006 he becomes resident DJ at one of the largest europe clubs near Zadar which is called Saturnus but he knew that house isnt his style.While he was 17, he was very inspired with artists such as Joseph Capriati, Tony Rohr, Dubfire and that's the reason why he had found himself firstly in minimal techno sound.In 2008 he became a resident of club Skipper in Zadar. As a resident, greatly contributes up keeping the electronic scene in Zadar with bringing domestic and worlds greatests DJ-s.By the end of 2009 he has totally found himself in a new style.He threw away minimal style of techno and started new hard style, industrial style, inspired by new artists such as Speedy J, Jonas Kopp, Brian Sanhaji, etc...He is joining Decoded Records team, one of the most succesfully domestic techno labels which cooperates with big artists such as Woody MacBride, Marko Nastić and Rennie Foster.As a guest in many clubs in Dalmatia, Istra and the other parts of Croatia, now as a Zagreb citizen he worked with a lot of great names such as Jonas Kopp, Cleric, Brian Sanhaji, Heiko Leux, Psyk, Cristian Varela, Billy Nasty, La-Di-Da, Valentino Kanzyani, Tomy Declerque, Axel Karakasis, David Morales, Astral Projection, Marko Nastić etc.His currently priority is music production because till now he had only few releases on Decoded Records and Klinik Room Records.Almost every weekend you can hear his 4 deck set which is played with big heart and a huge love for music. Danceable and rhythmic but also dark with low frequencies.That's surely set that will attach you to the dance floor and a great artist from who you will have a chance to hear a lot of great stuff.