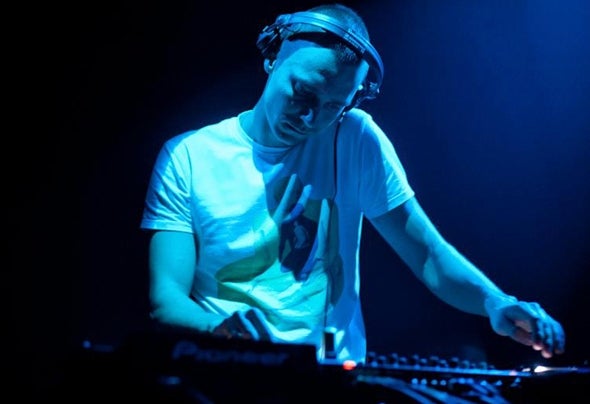 Your first impressions of being mightily sucked into the vortex of extraterrestrial music, the otherworldly movements of the dancing bodies and Alexander Harris’s magic dealing with turntables are overwhelming.The same sentiment engulfs the enchanted crowds either in a snow-white bar with a breath-taking panoramic megapolis view, a spacious club of 2000+ capacity, a festival stage or a weekend retreat. Being a natural-borne, calling-loyal Kiever, Alexander, aka DJ Harris, has been engaged in a 10- years-plus courtship with his audience accompanied by house music. Calm by nature, Alex is witty and decisive in the matters of music choices, life stances and persuasions.The token happenings of Lois Vuitton, Dsquared, Gucci, Martini, Bacardi and Marlboro brands, as well as the plethora of “By Invitations Only” receptions, private views at modern art galleries and movie fests after-parties were honored by his mesmerizing performance.In 2006, in cooperation with Serge Proshe under the welcoming roof of the Ukrainian Renaissance Radio,Alex launched his own show "Art-House" which indulged the hearing of light slow house music adherents during 3 years. In 2009-2011,Alex and the Moscowite DJ Nils anchored the show "Birds of Passage" at the radio station DJ FM.Besides glamorous social events, the major gravitation hubs of Russian and Ukrainian underground music activity witnessed Alexander Harris’s active participation too. Since 2002, his face has surfaced at year-in-year-out performances at Kazantip electronic dance music fest, as well as events at Moscow cult clubs "Krysha Mira", "Propaganda", "Troyka Multispace"; besides, he got his residence permit in "SkyArtCafe", "Mantra", "Boom Boom Room", and "The Lab" in Kiev.Since 2013,Alexander Harris has been absorbed by music production on his own.