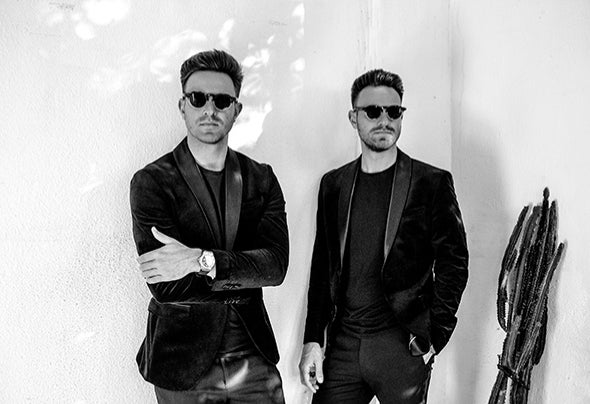 Bombossa Brothers are twins known under names Artur Falgot and Marek Falgot. They are two interesting personalities with one big and single goal: To entertain as many people as possible with their groovy underground sound. For the last couple of years they have build up their reputation as duo to watch by playing around the world and being the biggest underground promoters in their country Estonia and hometown Tallinn. Past few years brothers have been holding strong residency in Ibiza playing weekly in clubs like Amnesia, Sankeys, Pacha and many more. They have been playing at numerous unforgettable tours and nights like: Zero Gravity Dubai, The Sanctuary - Rome, Cafe Mambo Ibiza Tour, Pacha Ibiza Tour, Nikki Beach Ibiza, We Are Fstvl London, Ministry Of Sound London and Weekend Festival just to name few. When summer season ends they move back home to grow their local scene by running the biggest house and techno night called Katel with capacity up to 1600 people. Last year guys have been very active in the studio, making new records for 2021. Their first single of 2021 will be coming out on legendary Get Physical in the start of the year.