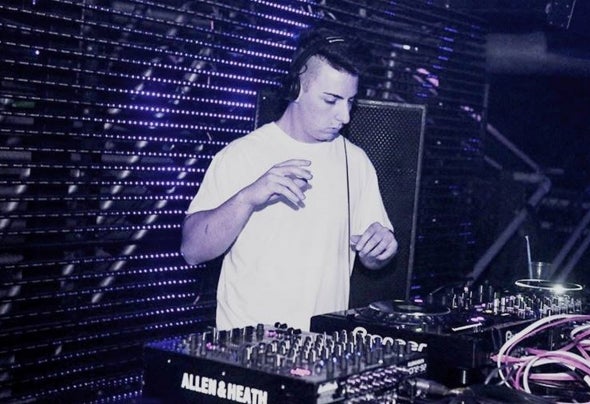 Christian Bove, originally from milan, met the electonic music when he was 14 years old. With the support of friends and his passion for electronic music, he started to play in privat parties near his home. At the age of 16 he began to play in the room 2 of Bolgia dj's from the world. Here he listened every saturday the most important techno and tech house djs like : LEN FAKI, CHRIS LIEBING, JOSEPH CAPRIATI, NINA KRAVIZ, LEON, TINI, GAISER, PAUL RITCH, PAN POT, ILARIO ALICANTE, CUARTERO, HECTOR COUTO, MACEO PLEX, ADAM BEYER and many more! In the season 2014/2015 he started to play in main room and opening the night for TINI and MARCO FARAONE. In june he played at the SHADE OFFICIAL AFTER PARTY, with guests like LELE SACCHI, MATTHIAS TANZMAN and SAM PAGANINI.In 2016 he released lots of tracks on good label as Natural Rhythm, Amazing Lab and Suah! His music is supported by Marco Carola, Richie Hawtin, Joseph Capriati and many others big artists. Dj sneak, Hector Moralez, Raffa Fl, Mirko di Florio and other house djs played already his tracks with a very big response from the crowd.