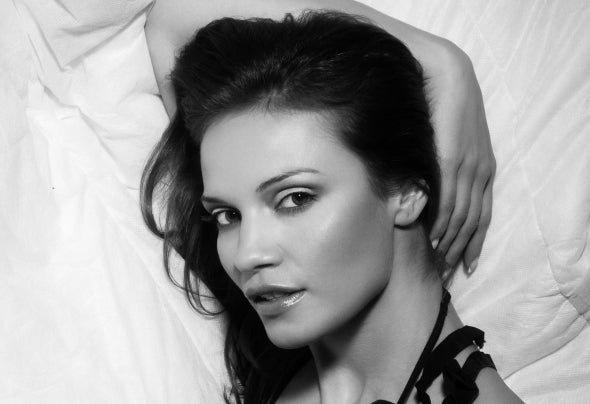 As soon as the name Ladida is mentioned, everybody thinks of the first lady of Czech DJing. She is typified by her precise mixing style and dynamic electronic sound with percussive elements and organic soundscapes. At the beginning of her DJ career she concentrated above all on melodic groovy techno, whereas today she is ploughing the furrow of primarily minimal techno. However, Ladida does not work only as a DJ but as a producer, in which her success resides mainly in her wide-ranging musical spectrum and many years of experience.When the first techno club opened in Prague in 1995 she was in the right place at the right time, and Linda stood behind the decks side by side with famous DJs such as Jeff Mills, Carl Cox, Westbam, Laurent Garnier, DJ Hell and others.As early as 1996 she made herself known also beyond the borders of the Czech Republic - at Mayday Germany. The fact that she gained a more than positive reception from the public there is also documented by the evaluation of her in Frontpage magazine in 1997 as one of the best international newcomers amongst DJs. In the same year she was voted DJ of the year in a poll in the Czech magazine Tripmag. From this year on she began to appear regularly at the celebrated Berlin Love Parade.In 1997 she embarked on her production career right away with 2 EPs and an album on her former label “Lasergirl”. Since the same year she has also been a member of the Jackfruit international artiste republic.After a brief pause, she released the “Mundo EP” with Mueller Records in 1991, again attracting the attention of the techno DJ elite. T he track “Lifemaster” was featured on several prestigious mixed compilations, for example “Essential Underground”, “Marusha – Non Stop”, “Dance Valley # 8”, “John Acquaviva Mix CD” and “Amnesia – Get Into Summer 2002”. Soon afterwards she also featured “Bullet EP” on the Bena Longa Potential label.In several respects 2003 was an important milestone for Linda, with her crowning appearance at Love Parade, at the Big Final Event in Siegessaule, from where her set was broadcast worldwide.After this performance she also played a stirring set in the sold out Factory of Love – party in the Berlin Cigarettenfabrik. In the same year she can claim to have appeared almost everywhere in the world as a DJ: after appearing in Japan in 2002 (Tokyo, Nagoya), she performed a year later in Singapore. The same year she was voted Czech female DJ of the year in a poll presented by Report magazine. In addition to her foreign appearances, she also travels to domestic clubs and festivals, playing regularly in the Roxy club in Prague - Elektra parties (guests Miss Kittin, DJ Hell, Frank Muller, Electric Indigo), and in another Prague club, Karlovy Lázně (Paradise night). During the period 2005 – 2007 she appeared on the Tomáš Hanák talk show on TV Prima,made ad campaign for Toyota and performed in Brazil, China and Australia.In 2007 Linda founded her own label Article, and in March debuted with the label entitled “Being Free”. In October of the same year a further single 4U.K. was released on Article, and video clips were filmed for both EPs, which can be found on YouTube and the website.In march 2008 Linda released Kultube rmx on Italian label Rush recordings.In june 2008 was released EP from Ladida on Article records called U can .On this EP were also released ě rmxs from Danz Rodriguez(Belgium) and Nina Soul(Argentina). In july 2008 Ladida produced Intel techno stage at Creamfields centrale europe festival. During year 2008 Ladida had residency night @ Roxy club Prague called MINIaMALY, with guests like Dubfire,Anderson Noise or Marco Carola .In march 2009 Ladida played to Japan, Honduras and Brazil. Recently her resident place is SaSaZu club in Prague. Ladida has radioshow residency on bigest radio station in Czech Rep. radio Evropa2 called Dance Extravaganza. During 2010- 2013 released 2 EP’s “Access granted” and Substancia EP , both on Recode musik. New EP coming Dec 2013/ Lifemaster RMXS on Recode Musik/.