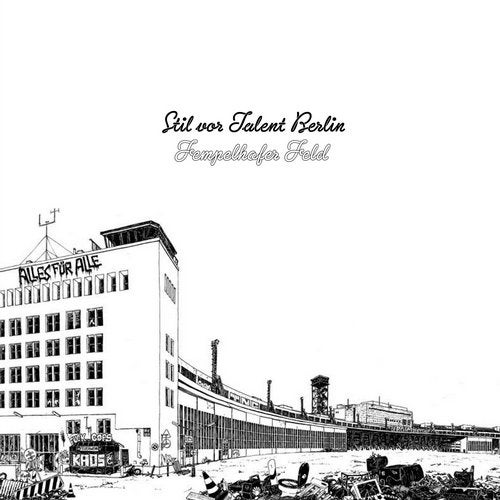 We return with the sixth installment of the beloved Stil vor Talent Berlin compilation series, which brings forth a group of old and new faces, who exclusively contributed unreleased tracks, gathered under the umbrella of Berlin's best repurposed space. Since Flughafen Tempelhof ceased operating in 2008, it has given hours upon hours of joy and peace to the city's public in the form of Tempelhof Feld, a gigantic park crisscrossed by the airport's former runways. The perfect retreat to unwind in, right on the border of Kreuzberg and Neukölln. As always, music is the common denominator and Oliver Koletzki delivers the perfect soundtrack with this new release, while Chrisse Kunst renders the visuals.