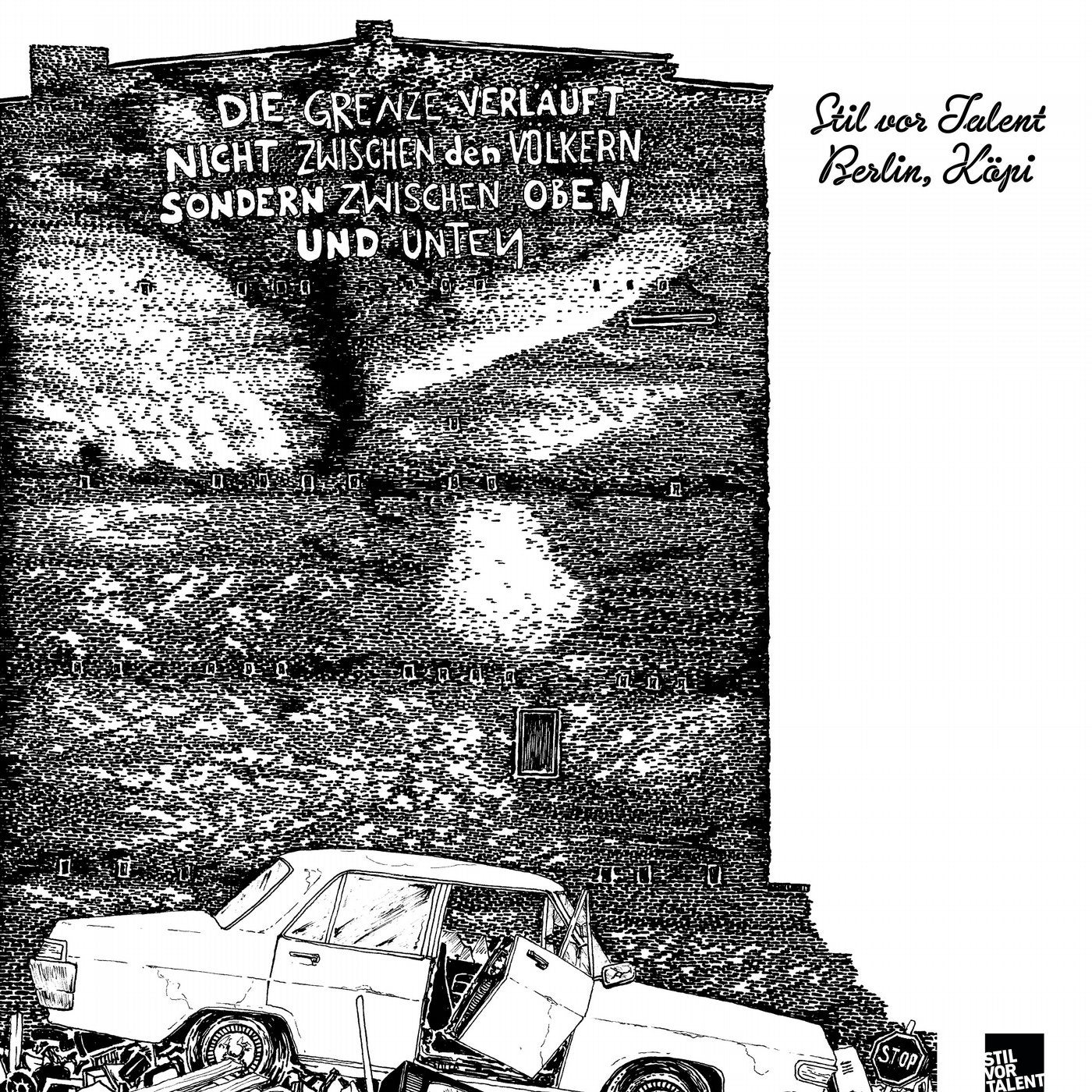 Were back in the capital with the 9th installment of the Stil vor Talent Berlin compilation series, which brings forth a group of old and new faces exclusively contributing tracks, gathered under the umbrella of one of Berlin's few remaining autonomous housing projects.

The legendary Köpi, located at 137 Köpenicker Straße in Mitte, is a building complex that has become a symbol for the city's leftwing community since it was first squatted in 1990. Over the years it was legalised and has become a safespace for alternative lifestyles and autonomous viewpoints, welcoming socialists, anarchists, queers and musicians alike. Controversial to some, essential to others: Köpi symbolises the tensions inherently at play in the city since the fall of the Berlin Wall and rise of squatting.

As always, music is the common denominator here and Oliver Koletzki delivers the perfect soundtrack with this new release, while Chrisse Kunst renders the visuals.