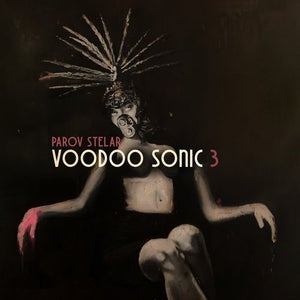 The music of PAROV STELAR has won several awards and is currently a much-played act of international radio stations. Inevitably, the Alexis Zorba quote comes to mind, "This is an
opportunity, you must grab it! That's why God gave you hands!". Modified for the music of PAROV STELAR it should read "This is an opportunity, you must listen! That's why God gave you ears!". The third part of the Voodoo Sonic The Trilogy will be released on September 4th and the fans are eagerly waiting for the new songs of PAROV STELAR. Tango del Fuego and Pink Dragon, the name derived from an American anime series of the 1980s, have, like Brass Devil, once again the potential to make the listener feel unburdened and light-hearted.
"The pain sometimes goes away, but the thoughts are still here", quoted from the paraplegic Philippe in The Intouchables.
The music of PAROV STELAR can make lame people walk, even if only in spirit for now. But history will teach us something else. Stand up and walk, it will say in the future - PAROV STELAR will be your companion!
This music tames not only the beast within you, but also that of producer and artist PAROV STELAR. The work is as big as the imagination of the listener allows it to be. It seems to connect, even unite the outside with the inside. What counts are the thoughts and visions that come up, triggered by what you hear.The music of PAROV STELAR builds up fantasy structures that seem to have no beginning and no end, almost as if you were listening to his songs in continuous loop mode. Only your own breath interrupts the short, soft tones before the catchy rhythm in PAROV STELAR manner starts all over again. The listener can dive into the almost endless labyrinthine world of the artist's thoughts and become one with him. It's like the tides of the sea - SOMETIMES YOU HAVE TO MOVE WITH IT!