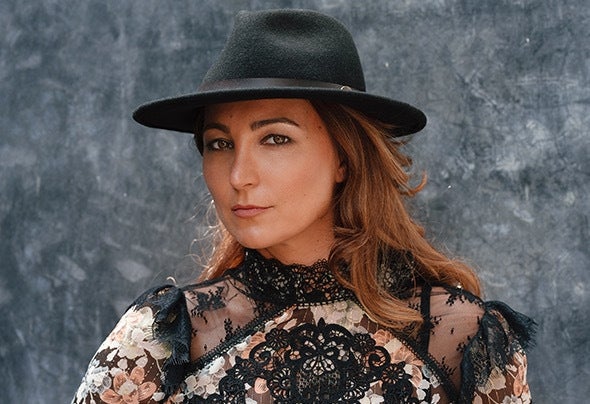 Magdalena’s eyes were opened to the world of electronic music when she was just 15 years old, when her older brother snuck her into a club for the very first time. Having grown up with the musical influences of her native rural Yugoslavia as a child and later, as a teen, metropolitan Hamburg, the field of electronic music was an exciting discovery for her. Over the next decade Hamburg’s music scene was flourishing, with the city becoming increasingly known for its melodic take on House and Techno. It was in this atmosphere that Diynamic Music was founded by Solomun and Adriano Trolio, with Magdalena working with the duo from the very beginning. Together they achieved their dream of opening their own club in Hamburg: EGO. Magdalena took control of all of the club management, bookings, artist liaison, and later became a resident DJ. In the process she learnt a lot about what a good night looks like; seeing many legends of the scene perform while simultaneously running a night hands-on. EGO was a resounding success, right up until its closure due to the team’s increasingly broadening commitments in 2014. Within the following year, Magdalena’s unselfish, crowd-first DJing mentality saw her demand rise after each DJ gig. Having begun by playing high profile clubs for Diynamic and her good friend Anja Schneider’s Mobilee parties – “she pushed me into this whole DJ thing!” – Magdalena started to play at some of the most recognised underground institutions around the globe.