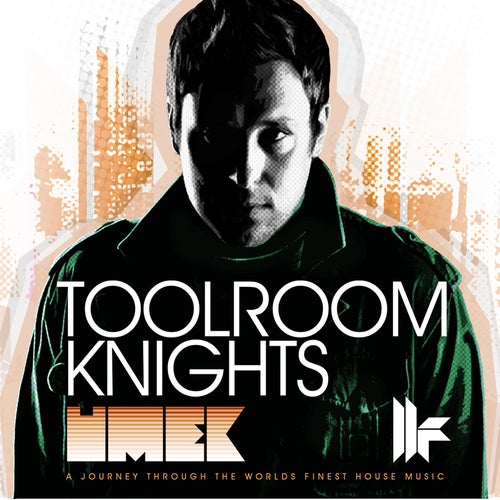 2010 was an exceptional year for the Slovenian artist and 1605 record label boss Umek. Widely regarded as one of the most influential players in the global techno scene and a true pioneer of forward thinking electronic music, it was a year that saw him pack out the biggest clubs and land numerous download chart topping releases including ‘Back In The Race’ and ‘OMGWTF’. Consistently creating a cutting edge sound that continues to evolve and remain at the forefront of an ever shifting market, Toolroom are delighted to announce Umek as the next DJ to preside over the latest in our Toolroom Knights compilation series. Featuring no less than 8 album exclusives, 36 carefully selected tracks in total and 2 superb DJ Mixes, Umek doesn’t hold back as the gauntlet is laid down for a twisted, fast paced techno masterclass. So, fasten your seatbelts and brace yourself for an aural onslaught that will leave you battered, bruised but begging for more...‘Toolroom Knights Mixed by Umek’ features 2 exclusives by the main man himself, with the first being his collaboration with PHNTM ‘Dead Space’, a nod towards his groovier side whilst ‘Sarajevo’ is filled with funky dance floor flavours. Key highlights of the album are undoubtedly Phunk Investigation’s relentless ‘Wall Of Sound’ and the pulsating ‘Red Ryder’ from Hertz which quite literally rips through the speakers with a violent bassline forming the equivalent of a heavy blow to the back of the skull. Christian Cambas’ ‘The Robospanker’ and Traumer’s ‘Rolling Life’ continue the driving grooves whilst ‘That Body’ by Da Fresh and Mike Spaccavento’s ‘That’s Done It’ conjure up deep, early morning, heads down monsters. Notable entries also include Michael Woods ‘Nitro’, Koen Groeneveld ‘CVR’, Funkagenda ‘Astana’, Riva Starr’s remix of Butch’s ‘XTC’ plus further tracks from ThreeSixty, Matteo DiMarr, Adam K and a whole load more.