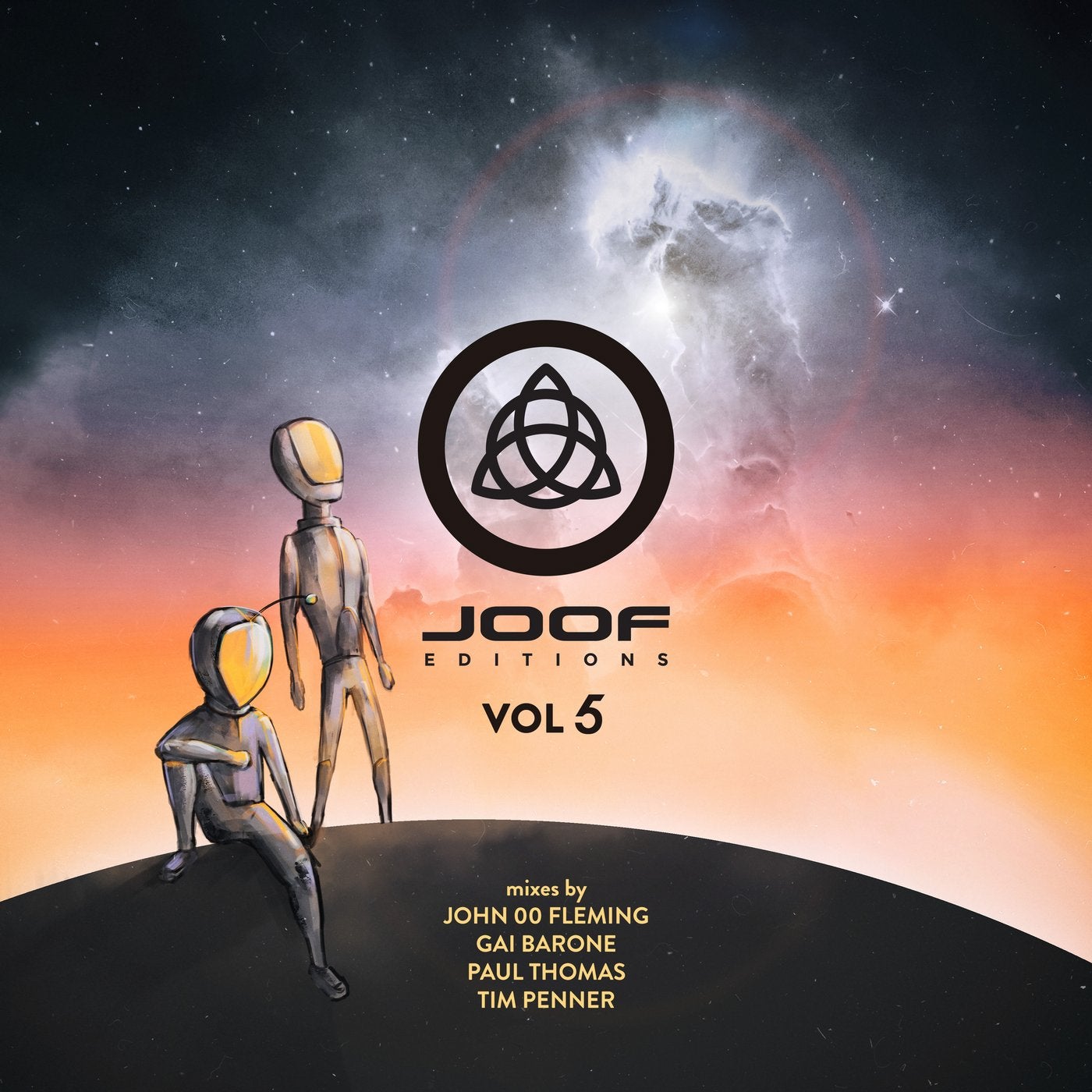 "A decision was made to shake things up. Once that was done, says John 00 Fleming, that change took on a life of its own". The "it" JOOF refers to is ‘Editions’ - his rule-adverse compilation series, which is currently on the touchline, warming up for its fifth outing. The most apparent modification is in the number of DJs mixing it, which has leapt - quadrupling (yup!) from one to four. "Originally I was just going to bring in one other, but amazing co-mixing suggestions kept coming up. Those suggestions turned into options and, well, here we are!" "It has says John allowed for the album to become a far more focussed affair". With runtimes regularly pushing five hours, Vols. 1 thru 4 were nothing less than odysseys into the fantastic minutiae of progressive. Epic, deep sonic probes, endeavouring to explore every corner of an arguably limitless genre. Beatport all-genre chart toppers and agents of scene change (they played their part in unlocking ASOT door to Progressive last year) ‘JOOF Editions’ mixes became the new apotheosis in journeys by a DJ. In 2019 however, ‘JOOF Editions’ is getting both smaller and larger. With the series’ door opened to a cadre of label friends and fellow defenders of the electronic music underground, joining him in 2019 are Gai Barone, Paul Thomas and Tim Penner. To accommodate, John’s reined in the legendarily expansive limits of his own mix. However the release’s overall musical length has almost doubled in size again. Each of the handpicked DJs had up to two-hours with which to make the case for their own particular tract of progressive. "It’s very much the best of all worlds, John feels. It’s allowed me to become even more focussed on a couple of bandwidths, while my co-mixers travel their own lanes, broadening the release as a whole". Fleming’s fifth is the perfect truncation of the ‘JOOF Editions’ you know and love. Its wonderful spacey intro calcifies swiftly into a chunkier, more groove-hardy thing. Incorporating housier undertones along the way, Basil O'Glue’s ‘Nekyia’ and - in its Facade variation - ‘Shrine’ sit alongside Stan Kolev’s ‘Ananda’. Delivering one stunning, toughly percussive and echoically-intense sequence after another, it culminates with ‘Arise’ and ‘Timelapse’ – a double hit from Jerome Isma-Ae. At the midpoint, John’s mix traverses subtlety but unmistakable onto darker, more robust terra. JOOF’s own ‘Drop From The Vile’ and Miika Kuisma’s ‘Tri-be’ shadow Airwave’s ‘Perth To San Diego’, themselves prefacing a dozen other killers. Mix-matters come to the most anthemic of heads through Oliver Prime’s envisioning of LSG’s ‘Netherworld’. The first of JOOF’s ‘Editions’ guest-mixers is the suddenly-everywhere Canadian, Tim Penner. A man with a notable passion for progressive’s more abstract and avant-garde natures, Tim’s delivers a ceaselessly fascinating two hours of music. Needlework-fine in its mixing, precisely nuanced and exploratory in the sonics, it courses with the latest soundware from The Stupid Experts, Rick Pier O'Neil, ACUMEN, Be Morais and others. Alongside, naturally, is a respectively significant dose of Penner’s own material, sourced from his just-released ‘Radio Silence’ album. Bringing Tim on board, John said: "Once in each decade you come across a genius of a producer. One that is so far forward thinking you’re unsure where to place them in the genre sphere. That’s Tim Penner in a nutshell". "No introduction necessary!" however is how John heralds ‘Editions 5’s next-to-the-decks. (Heck, he’ll give him one anyway!). "Gai Barone is a producer who - from Sasha to Armin van Buuren, exists outside every bubble. His hypnotic melodies have become irresistible to every music lover. Its not just talent either, Gai is one of the loveliest most humble artists on this planet." In his quest to do justice to the Editions’ remap, the Italian’s gone to some extraordinary lengths. An album capsule perched atop a mix-comp rocket, whether it be original or remix, Gai’s had a hand in no less than 14 of the 17 tracks in his mix. Aliases too? You betcha. Charlotte Petitte, Dead Panther, Tannura Revolutionary Blocks, Celvee, Ayer Astura, Barra Uno – all extraordinary, all new Barone masks and monikers. Last and by no means least is moonlighting FSOE UV A&R man, Paul Thomas. Welcoming Paul, John says: "The latest new breed rising over the past couple of years getting on the radar of the likes of Hernan Cattaneo, Nick Warren along with touching a chord with the Trance world too, says John. One of the standout Progressive DJ/Producers over the past few years", Paul Thomas angles his mix a touch later-night than his co-mixers. Elevating its tempo, through key tracks like Dmitry Molosh’s ‘Sacra’, Molosh’s rewire of Aly & Fila vs. Ferry Corsten’s ‘Camellia’ and Paul’s own ‘Joheia’ & ‘Lorax’ numbers, he brings greater emphasis to melodica, lift and endzone drive.