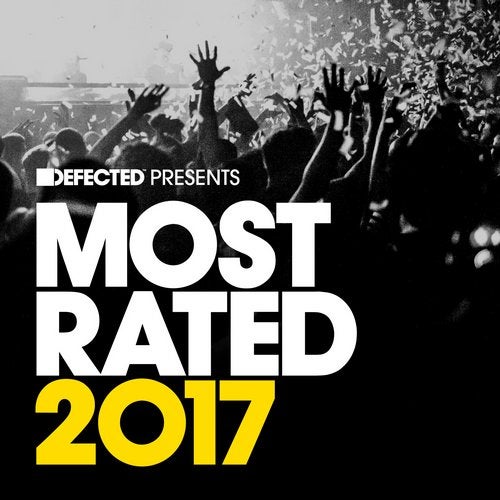 House music has enjoyed an incredible year, and 2017 looks set to continue to provide yet more outstanding additions to the genre. Defected presents Most Rated 2017 celebrates the wealth and variety of house created, played and enjoyed on dancefloors worldwide, showcasing the records doing the business in clubs right now, previewing the hits of the year ahead, and reflecting on the big tracks from the past twelve months that are destined to become tomorrow's classics.

Most Rated is the series that consolidates the DJ essentials and biggest records of the moment and the future, presenting them in an unmissable package of full length, unedited, unmixed tracks. With tracks and remixes from the biggest artists in house music, including Disclosure, offaiah, Claptone, Kolsch, Bicep and Paul Woolford featuring alongside Defected friends and family Sonny Fodera, Duke Dumont, Sam Divine - plus the imprint's landmark 500th single release from Dennis Ferrer - Defected presents Most Rated 2017 is an essential collection for any DJ, from bedroom first starters to globetrotting A-list superstars.