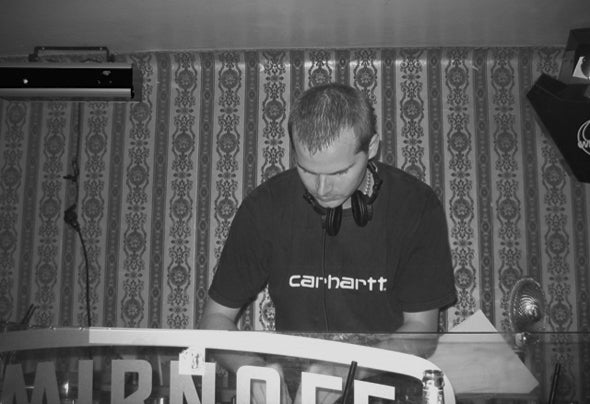 Jack Haiti, born and raised 1979 in the lovely city Munich (Germany). His first contact with the electronic music he became while listening to the austrian radio station FM4. In the middle of the 90`s they broadcasted the legendary "laboum deluxe" radio show with many well known different guest dj`s like Jeff Mills, Laurent Garnier, Carl Craig, DJ Hell. At this time the most influences came from the early Detroit and Chicago scene and from some other talented french dj`s.After getting more & more impressed by such people, Jack Haiti was decaying in electronic music. After collecting a lot of records (more than 15.000 in the meanwhile) he began dj mixing in 1998. Later on, with his reputation and knowledge of electronic music he acquired a position at Germany`s leading house label Milk & Sugar Recordings, where he became Label Manager in 2001.After the first steps and impressions in the professional music business he could not imagine to continue to work in another branch.As result of his passion for music he started his own music platform, called HAITI GROOVE PRODUCTION GROUP in 2005.Constituents of the Haiti Groove Production Group company are in the fields of artist management – artist booking – tour brands –music labels – music production – music publishing, consulting, marketing and events.The entire music catalogue of the connected music labels Haiti Groove Rec. (House & Deep House) and BeatModul Rec. (Techno & Techhouse)currently comprises about 120 publications (vinyl/digital/CD) with an entire repertoire of more than 800 individual songs/versions (Including 8 own singles by Jack Haiti).In our repertoire are singles, remixes by superstars of the scene as Erick Morillo, Harry Choo Choo Romero, Kid Creme, Eddie Amador, Thomas Gold, DJ Pierre, Richard Grey, Silicone Soul, Gene Farris, Dr. Kucho!, DBN, Ben Delay and many others.