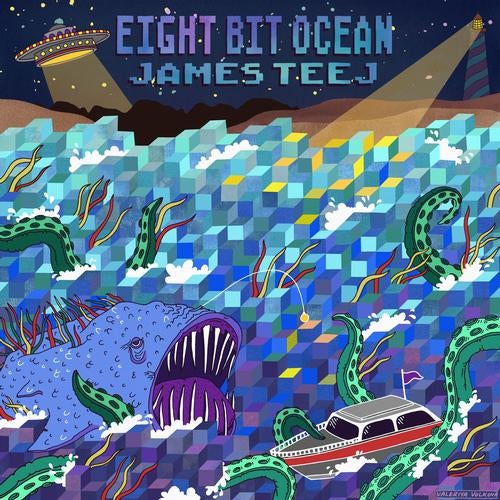 Multi-faceted Canadian artist James Teej drops his second LP, Eight Bit Ocean, late-April on Sashas Last Night On Earth imprint. Releasing his first James Teej singles in 2008, Teej has since become a firm fixture on the electronic music circuit with releases for We Play House, Rebirth, Supernature and No.19 Music as well as a debut LP on Radio Slaves Rekids in 2010 entitled Evening Harvest. Since then, Teej has joined old friends Jared Simms and Voytek Korab to become one third of My Favorite Robot, an act which is steadily becoming another of Torontos break-outs via tracks and remixes for Visionquest and Crosstown Rebels as well as their own highly regarded My Favorite Robot Records. Vocalist, producer, DJ, live act, A&R and collaborator - Teej is a genuine electronic music polymath and, as such, his material is imbued with a real sense of craftsmanship where every detail has its true place and meaning. Its this meticulous DIY attitude to every aspect of his art that bleeds through Eight Bit Ocean nine tracks which see Teej focused on delivering a wide range of moods, tones and textures that while all centered around dancefloor rhythms, deliver much more than tracky club tunes. From the brooding opener, A Civil Duty, dense shifting melodies are one of the reoccurring themes of Eight Bit Ocean. Never intent on staying with one mood within one track or throughout the whole LP, Teej lets tones fall and rise throughout with melancholic aspects giving way to rousing keys (The Last Request) and fluttering leads offsetting ponderous basslines (Liking Your Disorder). Sometimes its what is left out that really hits home on Eight Bit Ocean tracks like Right At Home and Stand use just enough vocals to humanise them without taking away the instrumental punch while the arp-driven, robust electro of Reunion employs only as much kick as it needs. This less is more attitude is only applied to arrangements and sound choices as musically Teej runs riot, walking the line between old and new perfectly by imbibing each track with genuine subtle, emotive transitions and contrasts. Like many classic house albums, Eight Bit Ocean is the sound of an artist, a handful of synths, drum machines and a mic exploring musical possibilities and, as a result, makes for an enthralling listen as well as a hefty cache of dancefloor material. Timeless sounding stuff