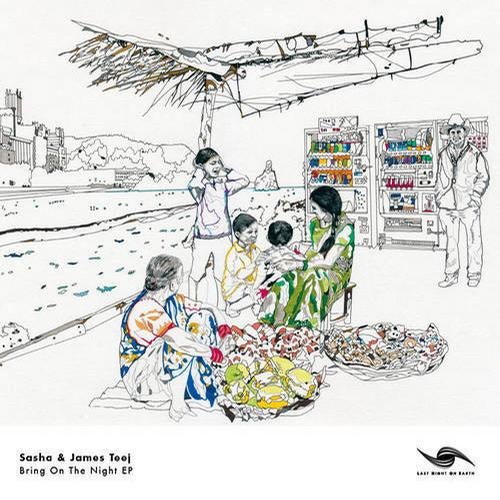 Sasha's Last Night on Earth imprint returns this March with the Bring on The Night' collaboration between the man himself and hotly tipped Canadian James Teej, backed with a remix from the irrepressible M.A.N.D.Y.There's little that can or needs to be said about Sasha. A dj/producer who has seen and done it all while constantly keeping his finger firmly on the pulse of electronic music, Sasha is a genuine legend who never puts a foot wrong. James Teej, while a relative newcomer compared to his partner for Bring on The Night, Teej is no rookie and has an impeccable pedigree himself. A debut LP for Rekids, output for No.19 Music, My Favorite Robot Records, Rebirth, Supernature and Perspectiv as well as remixes for the likes of Toby Tobias, Adultnapper, Trentmoller and Kenny Glasgow have made him one of the most in demand producers/vocalists around.

Bring On The Night EP