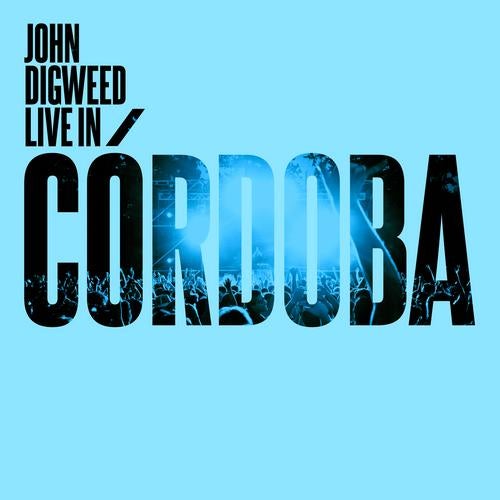 Three months on from his truly historic 5-hour marathon set at the open-air Tres Aguas venue in Cordoba, Argentina at the start of 2012, UK legend John Digweed looks back and then forward as he prepares to share the magic and indulge those not fortunate enough to attend that unforgettable January night. So unbelievably special was the occasion both for John and the thousands of party-goers who bore witness that on 30th April, the Bedrock head-honcho will release his brand new triple CD package Live in Cordoba, giving Digweed fans across the world the chance to experience and reminisce upon what was, in his own words, one of the best party atmospheres [hes] ever experienced. Complete with two Live Mix CDs (1&2) and a third bonus disc featuring exclusive un-released and most importantly unmixed cuts from Digweeds bag, the Live in Cordoba triple long player captures so exquisitely the innate capacity John has for manipulating and executing sounds and continuously wowing a crowd for hours on end with impeccable record selection. CD 1 showcases John`s ability to set the mood with grooving house and forward thinking techno tracks with remixes from the likes of Agoria, Martin Buttrich, Robert Babicz, Dominik Eulberg, Stephan Bodzin and Subb_an. CD 2 sees John shift gears with chunky beats and driving techno from Maetrik, Alljacks, Oliver Lieb, Boys Noize & Erol Alkan, Nick Curly and Guy J, among others. CD 3 Sees John with his A&R hat on, compiling 10 fantastic, new and unmixed tracks from Sian, Pig&Dan, Dosem and an exclusive remix of Slam`s classic Eterna remixed by John Digweed and Nick Muir. "I could see from the reaction to my very first record that this crowd was there to party and were totally united under the stars, creating one of the best party atmospheres I have experienced in a long while. I played for over 5 hours and really didn't want to stop, as I was having so much fun. Fortunately I recorded the set and I hope that this live CD helps to capture some of the energy from such an amazing party. Thanks to everyone who was there for creating such a memorable and special night. " John Digweed Live in Cordoba will be released on 30th April 2012 on Bedrock Records. Available on 3XCD, Limited 2X 12 Vinyl and Digital Download.