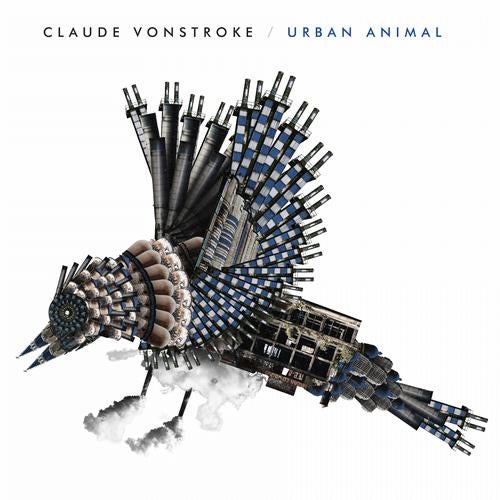 Stuck in the 9-5 grind, stifled by the impersonality of constant social media and mobile interaction, contemporary urban life can be suffocating. For a certain breed, release cannot be found in the vast, unpopulated great outdoors. Urban Animals congregate in heaving warehouses, seeking solace in the liberating beats of the kick drum. They are bound not by association, but through a shared experience of primal relief felt in those shadowy, dance floor corners swelling with the sounds of low end frequencies and brazenly sculpted grooves. This is the Urban Animal's jungle. Claude VonStroke's third original album and the 100th release for dirtybird is indebted to this bold and bestial inner-city lifestyle, but its also a product of its creator; a unique subspecies steeped in that San Franciscan sound, intersecting unknown terrain on instruction of the inimitable dirtybird label boss. Just as Urban Animal's artwork reconstructs photography of derelict city architecture from Detroit and the Midwest into three compelling animal portraits, so too has Claude VonStroke sampled unexpected sounds from his chaotic working environment to create the ten intriguing tracks that make up his full length composition. Think of VonStroke as a modern day, West Coast Frankenstein, his creature a rugged arrangement of the most discordant, unlikely parts whilst somehow brimming with beauty and human appeal. Spanning genre, space and mood, Claude VonStroke's Urban Animal is as unpredictable and bewildering as any living entity.