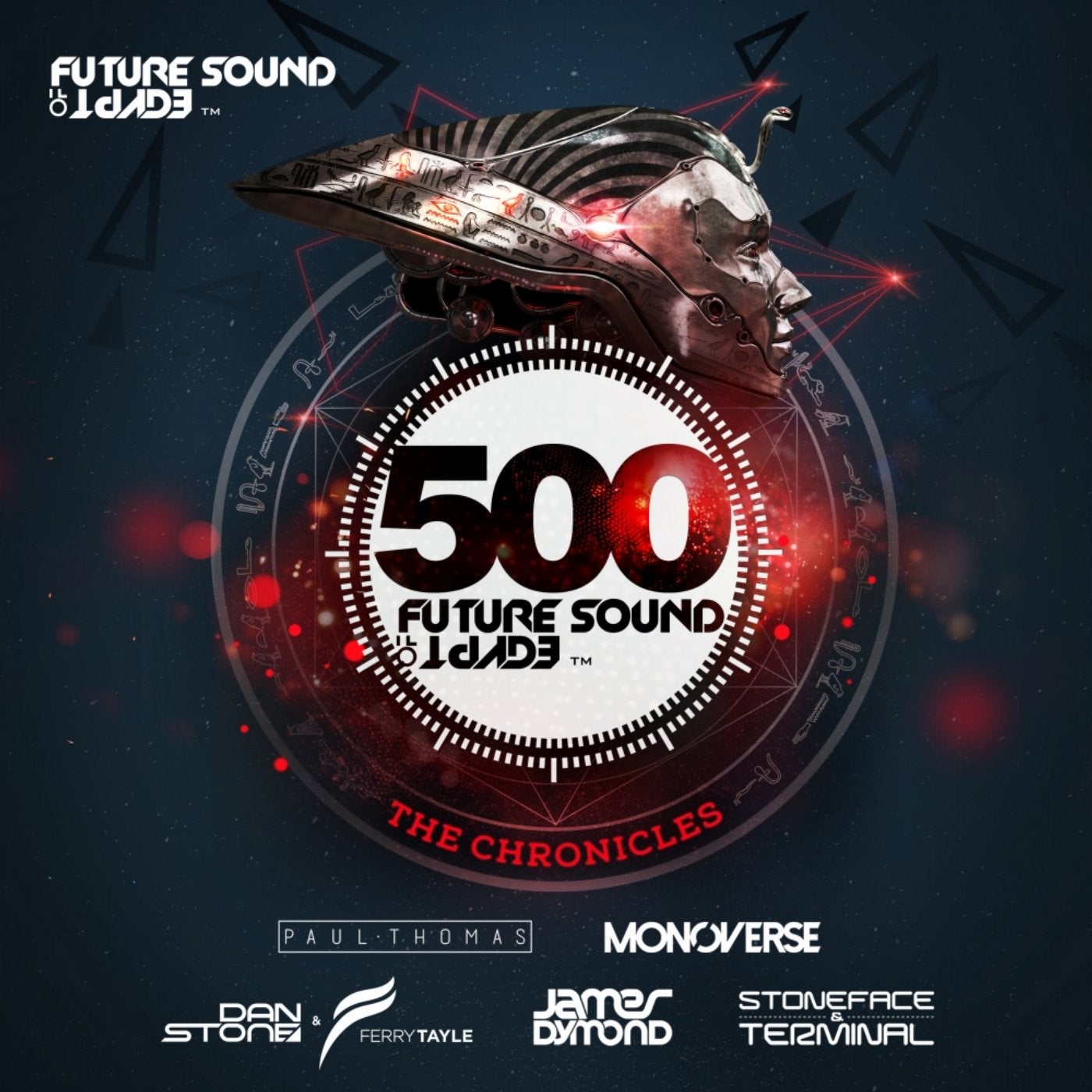 Aly & Fila's acclaimed Future Sound of Egypt radio show has reached the almighty milestone of 500 episodes. As is customary, the duo and the label have performed a sell-out world tour to their legions of fans from the United States to the Great Pyramids of Giza and beyond. To celebrate this spectacular feat, FSOE are releasing a compilation of 5 mixes to represent the various sounds from across their spectrum of labels.

2017 saw the introduction of the progressive sounds of FSOE UV, which is A&R'd by prog house veteran Paul Thomas, who delivers the first mix. Monoverse follows with his favorite tracks in the progressive trance scene and showcases the sounds of his label FSOE Parallels. A pair of DJs that need no introduction, Ferry Tayle & Dan Stone provide the third mix of the series, offering a slice of their uplifting and melodic signings from FSOE Fables. British born DJ and producer James Dymond takes on the duty of mixing the sounds of FSOE including The Chronicles anthem, while FSOE Clandestine heads, Stoneface & Terminal complete this set of mixes with a darker, tech-oriented list of tunes.

Re-live the energy from this record-breaking world tour and discover the sounds of Aly & Fila and their Chronicles. This is the Future Sound of Egypt and this is FSOE 500!