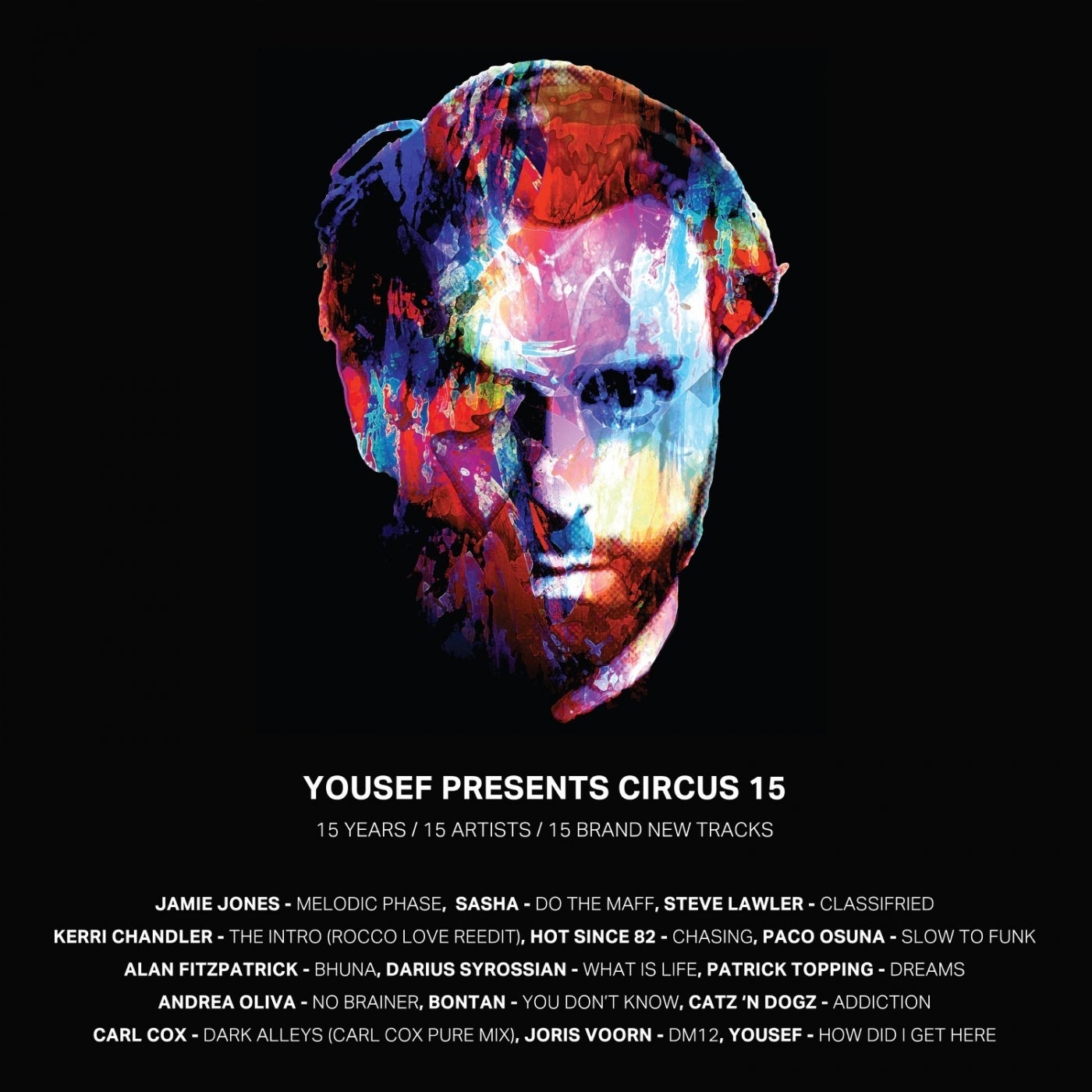 https://www.facebook.com/CircusRecordings/ http://www.itsallcircus.com/ 15 OF THE WORLD'S MOST PROLIFIC DJS COME TOGETHER TO CELEBRATE 15 YEARS OF CIRCUS Patrick Topping, Kerri Chandler, Catz 'N Dogz, Alan Fitzpartick the list goes on and on as Yousef's legendary Circus reaches a historic milestone with his label, Circus Recordings, bringing together an astounding selection of world-renowned artists for a 15-track compilation album. A year in the making, each artist has been scrupulously handpicked by Yousef himself. What's more, the album will celebrate each artist's own long-standing relationship with Circus everyone involved has performed at Circus a vast number of times since its inception in 2002. The album itself will take listeners and clubbers on an exhilarating journey to the depths of house and techno; from Jamie Jones's other-worldly picture of gauzy synths in 'Melodic Phase' to Alan Fitzpatrick's guttural projection of peak-time energy with 'Bhuna'; from Steve Lawler's 'Classifried' to Bontan's high-octane, 303 fueled 'You Dont Know'. Theres an unprecedented selection of club-shaking, sub-destroying power here certain to excavate each and every dancefloor it comes into contact with. Given the sheer scale of the release, the album serves as an emphatic reminder of how Circus is a truly influential and far reaching clubbing institution. Not only has Circus proven itself worthy to book these world-famous names but Yousef and his Circus team have played a pivotal role in spring boarding the wealth of talent on display here to the highest echelons of dance music fame many of them now experience. The likes of Carl Cox, Hot Since 82 and Joris Voorn all inject a high dosage of Balearic energy before Yousef, the boss himself, provides a very special mix of the entire album to give fans a real taste of the kind of damage such a monumental release will be able to inflict on any party. Today, Circus continues to provide a platform for the hottest up and coming international and homegrown talent, as well as a hub for the mainstays of electronic music. Whether its through Circus the club night whose upcoming 15th birthday party will see the likes of Carl Cox, Peggy Gou, Kolsch and many more grace its stage, or Circus Recordings the label whose releases consistently find themselves in the sets of the world's leading tastemakers, Circus has proven itself to be a shining light of electronic music over the past 15 years - and one that shows no sign of dimming anytime soon. Distributed by Strikeforce 360 Media http://www.facebook.com/Strikeforce360 https://twitter.com/STRIKEFORCE360