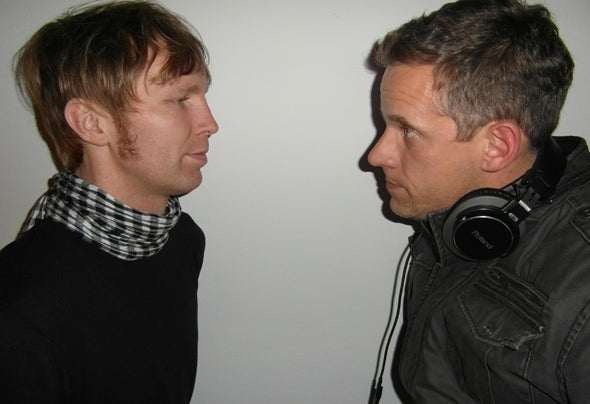 Roman Falke and Tim Vogelbein, 2 friends of Electronic Music and Electronic Hardware have been producing their own minimal electro sound since their fusion in December 2008. The 2 friends met in 2001 at the college in Wolfenbüttel (JägermeisterTown) where they frequented parties and "took care" of the music. Roman founded "Blooming Tunes" in 2003 and did tracks with Rob Slac/Chillin Music,Alta Rec. Tim was one of 3 Resident DJs in the series of "Gehörvorgang" parties in Braunschweig, having supported renouned european DJs such as Pascal Feos,Heiko Lax and Daypak.Both having new ideas and having developed their musical horizons, they decided to fuse together and create Get Minimal Music. In the summer of 2009 they preceded to build their own studio near Braunschweig, which they filled with as much musical hardware as they needed to produce and publicize their own tracks, as well as those from young artists from across the region!