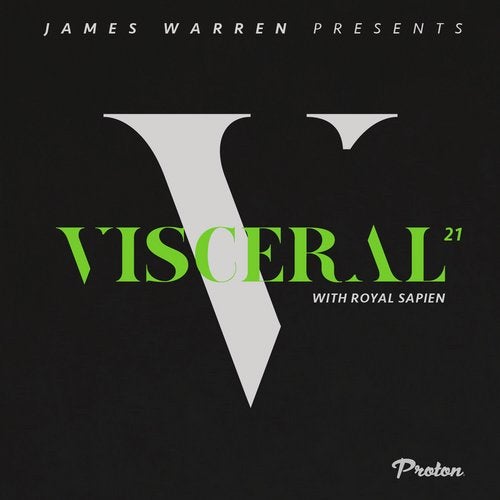 Next up on the Visceral train, New Yorker, Ben Mautner takes his Royal Sapien guise through his favourite tunes of the here and now. Multi-talented and multi-faceted, the US producer is a highly regarded name in the world of creative arts. An ingenious music producer with several hundred production credits to his name and an appearance on John Digweed's "Transitions" radio show to boot, Mautner runs two successful labels in Olaris and Conquer while simultaneously acting as Proton's Chief Creative Officer.

Featuring some of the finest progressive house tunes of recent months, Part 1 takes a trip through a catalogue of high-profile artists as Wehhba, Andre Sobota, Tvardovsky and Eelke Kleijn jockey for position in remix and original material alongside the firm favourites of Cid Inc., Luis Bondio and Kastis Torrau.

Part 2 provides a chance for modern trance to take a hypnotic grip on a 60-minute outing. The Silk Family behemoth takes centre stage with Silk Royal and Arrival featuring a number of works, backed up by a magnificent supporting cast of Macarize, Nueva and Spring Tube. Vitodito, Justin Oh and Blood Groove and Kikis all feature with classic tracks to fill dance floors, while Mrmilkcarton, Ltn and Donatello complete a sonically brilliant voyage.

Two hours of modern classics from the creative imagination of Royal Sapien leaves Visceral 021 on a fervent high.